Once again (but for the opposite reason) I have to claim some emotional interest in journalistic sports photos I've taken. I was at Nick's English Hut with friends watching the IU men's basketball team play No. 1-ranked Kentucky last night. I had my camera with me, so I was able to capture the greatest moment in Indiana Universy basketball in about a decade. I regret that in the pandemonium I didn't get any names, especially of the fans in the first picture who all acknowledged me in between photos, but in the grand scheme of things, the documentation of such a euphoric event was enough. (If, though, you know who they are, please let me know. Their anticipation and emotion should be bottled.) I sent three of these photos to The Indianapolis Star; two of them got in their gallery (photos 41 and 42), and one of those got blown up big in the city edition.


If this isn't enough, check out the photos from the Indiana Daily Student and Peter Stevenson, and the video from Rabi Abonour. 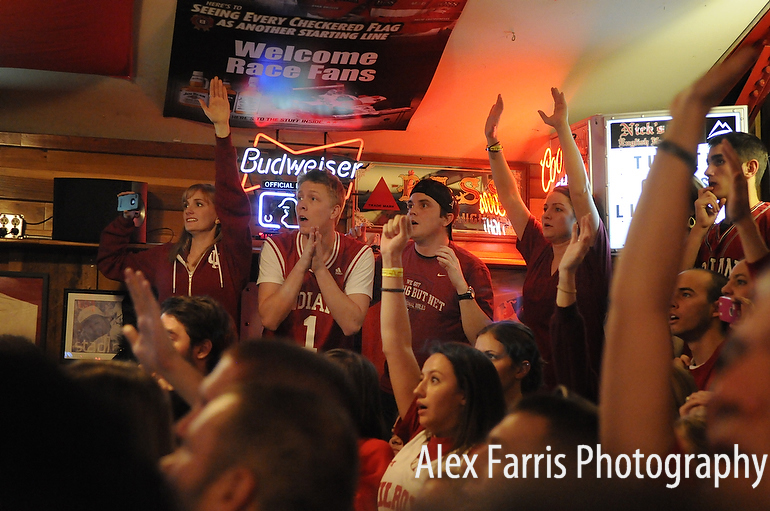 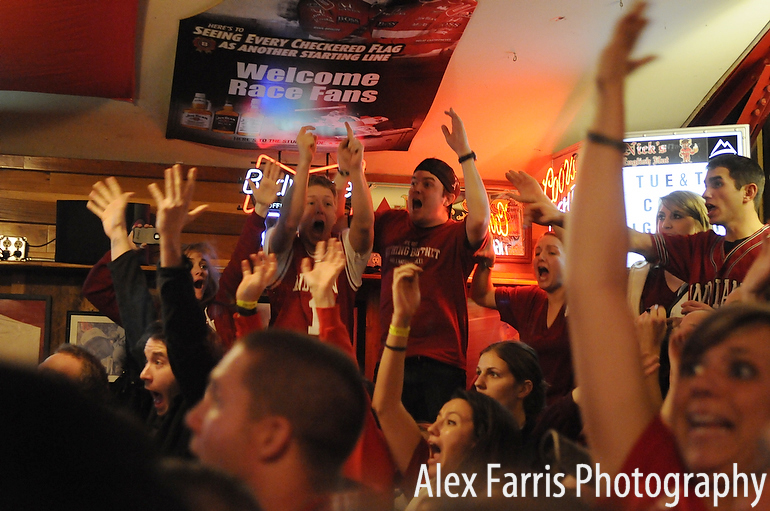 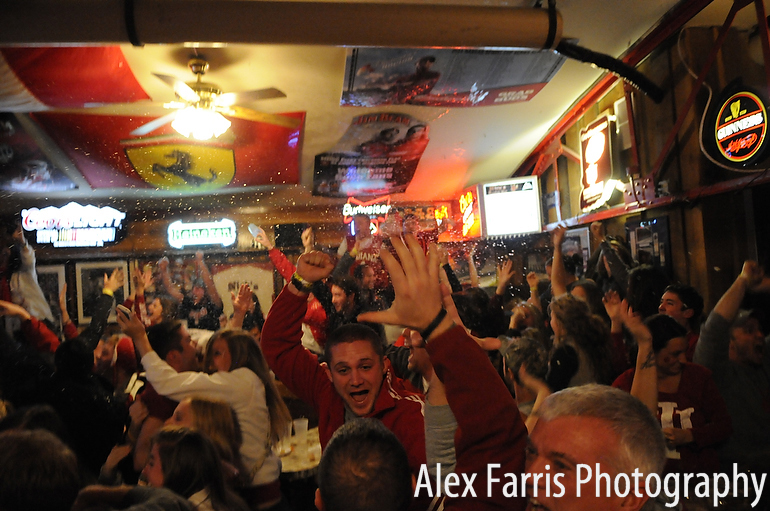 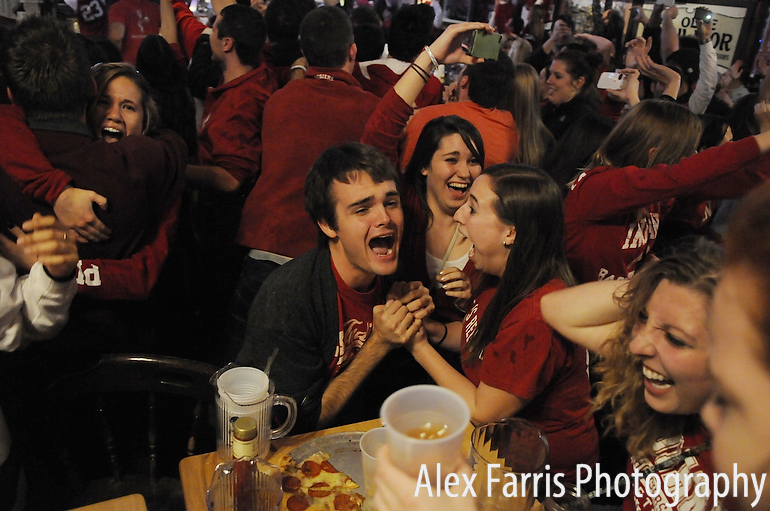 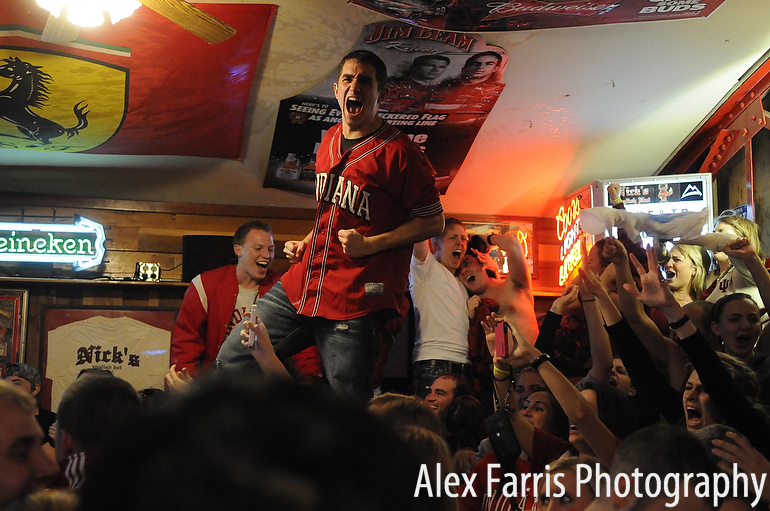 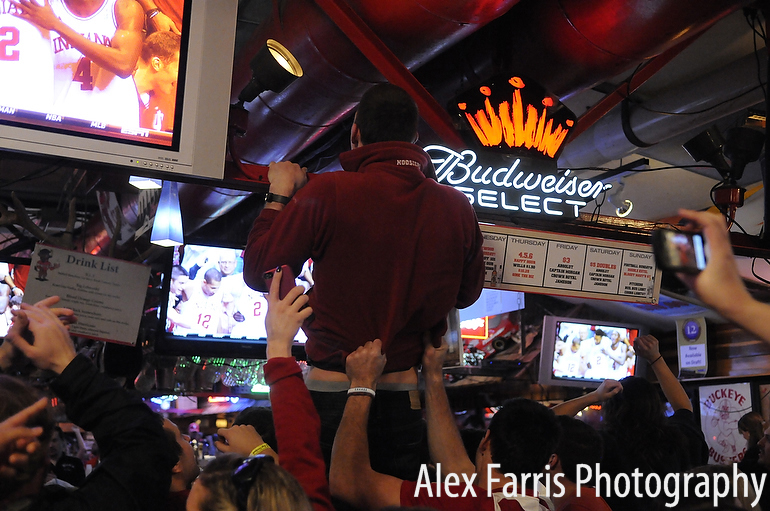 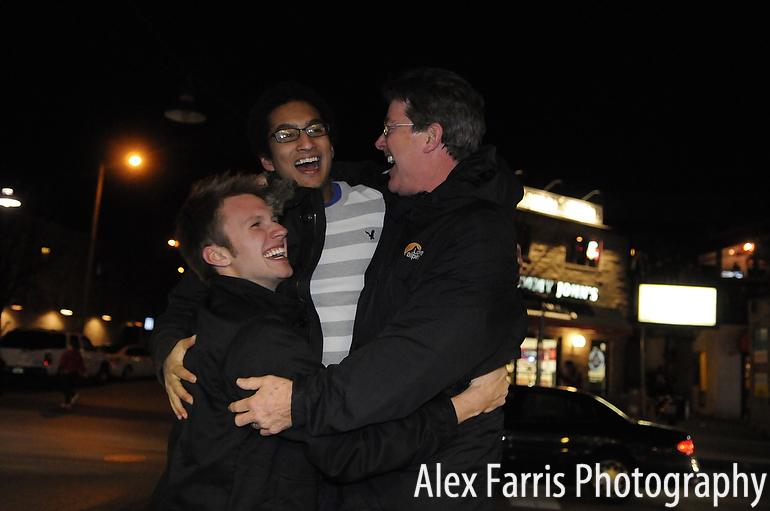 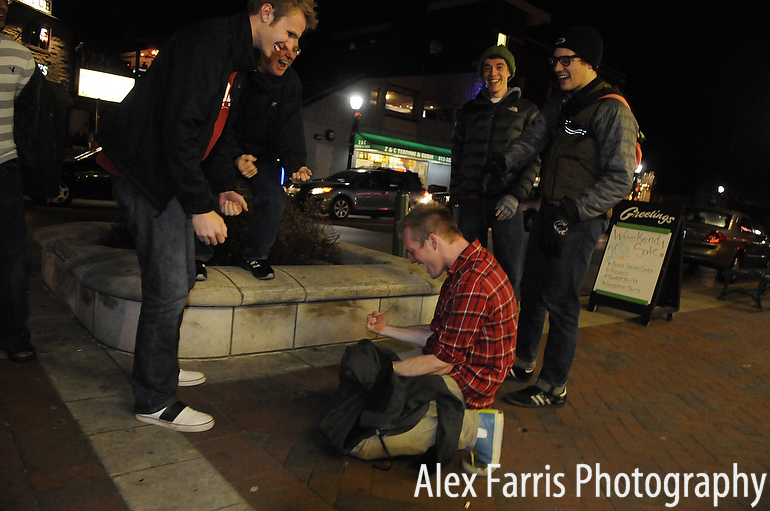 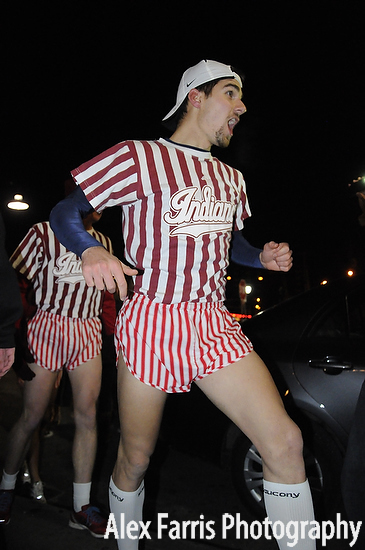 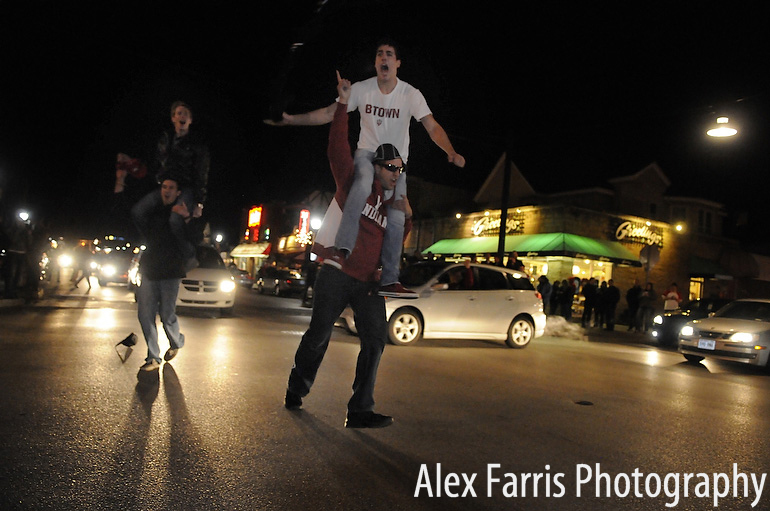 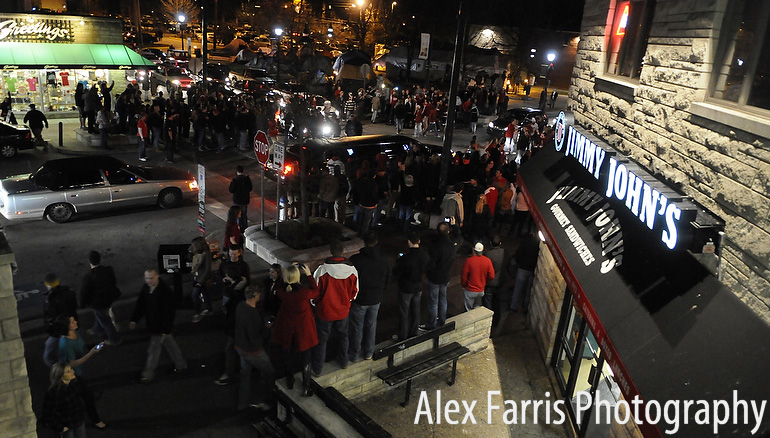 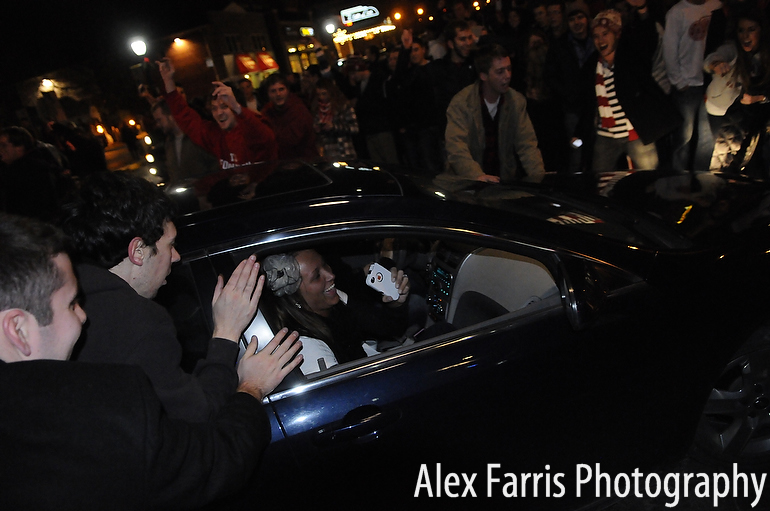 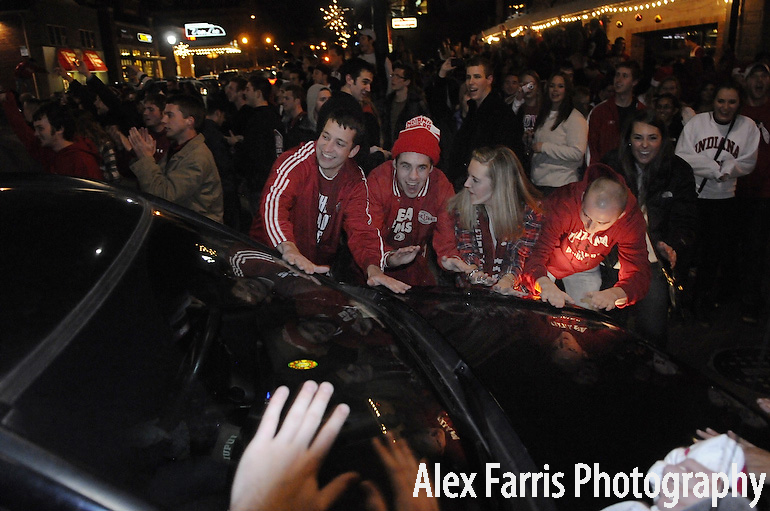 This is the photo that The Star published in the city edition of the Sunday paper. Alex Farris 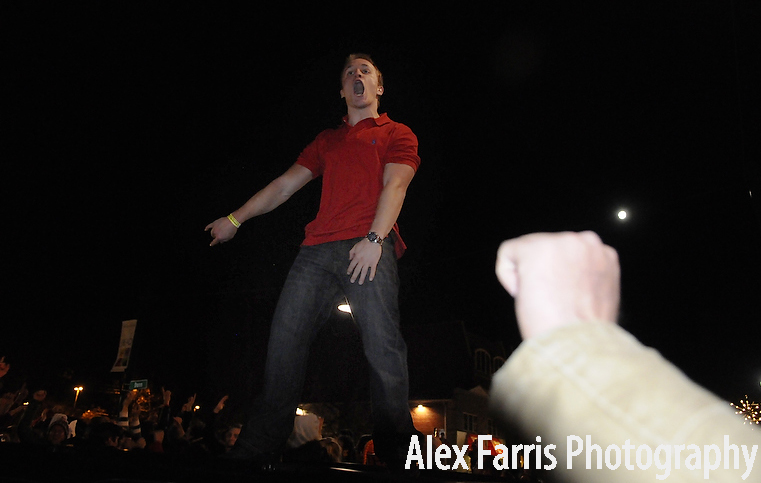 This guy is on top of a car. Alex Farris 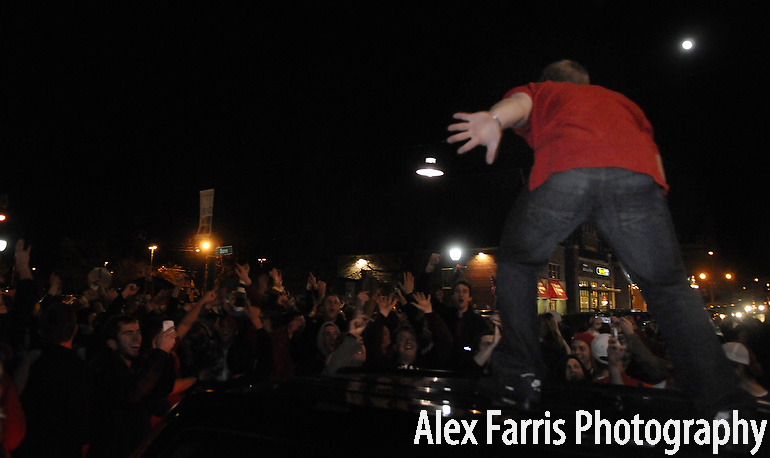 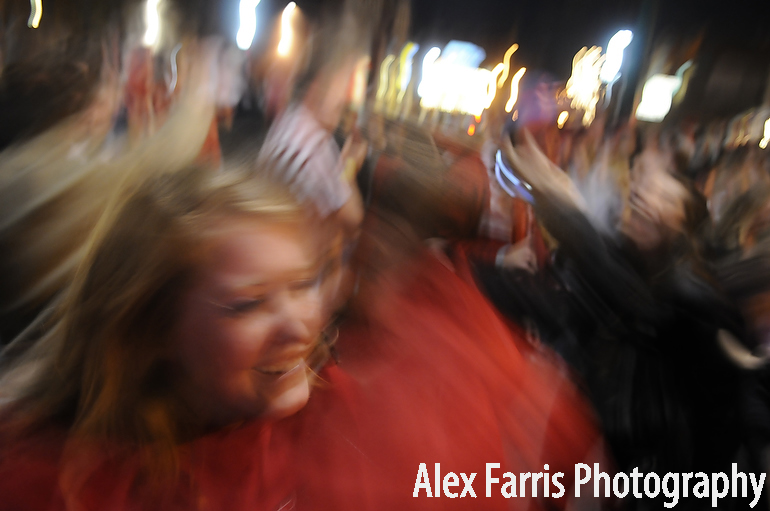 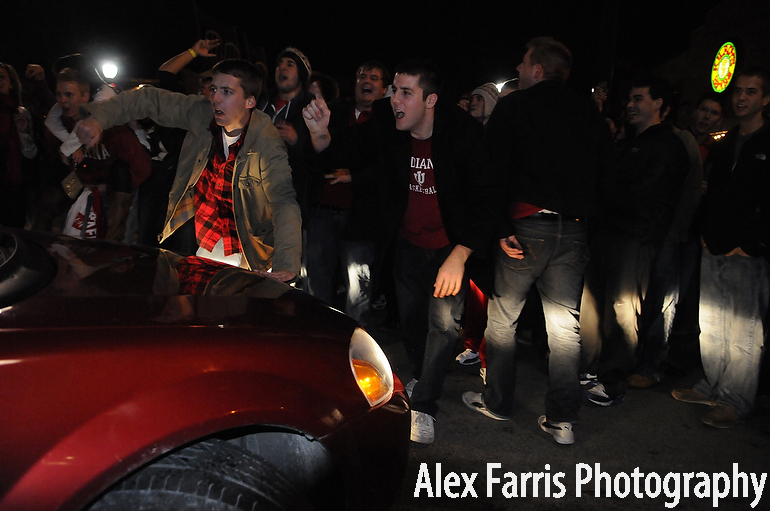