Last night was my first, and apparently my last, time at the weekly Let Go! dance party at the Lockerbie Pub. Given the momentous occasion, I decided to use this Indianapolis Star assignment to one-up my previous dance-party experience (namely, wedding receptions).


In the past, when I had less equipment but still wanted dance photos with flash (nearly a requirement), I would put my Speedlight either on my camera or at the end of a cord. The latter option would invariably result in a very tired right arm, because I would spend the whole night taking pictures one-handed. Sure, the cord gives me freedom to put the light wherever I need it at that moment (and it does work every once in a while), but it's a bit of a drag.

This time, I did something different. I know the owners of Lockerbie Pub, and my Star assignment sheet gave a super-early time, so I got to the bar an hour before the party started. I pulled my Super Clamp, Pocket Wizards and Speedlight out of my car and found a spot above the air ducts to put the whole contraption. (Then I found a better spot.) After that, it was just a matter of being in the right place, and every once in a while opening the shutter for a full second or two to get some light trails.

Of course, now that my flash was stuck up on the ceiling, I was committed to stay for the whole party before I could take it down. But no matter. It was a good show!

Check out a few more photos in the Star photo gallery. 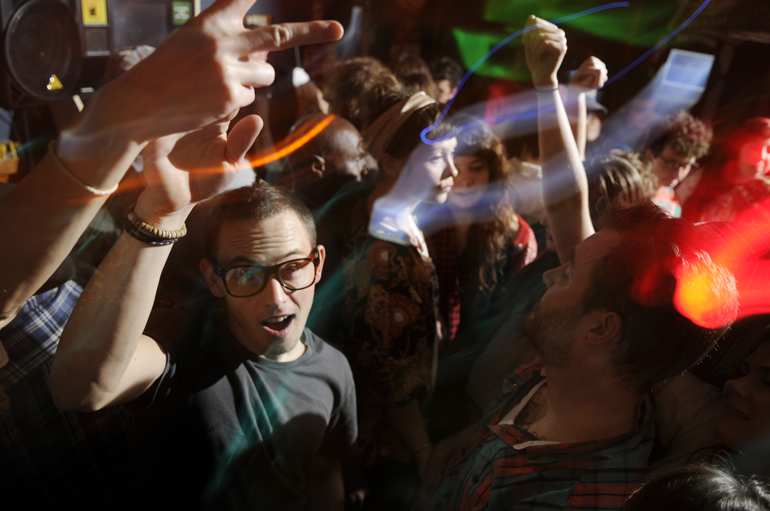 Let Go!, a weekly dance party, had its final show at the Lockerbie Pub Downtown, Tuesday, Dec. 4, 2012. Promoters Annie and Andy Skinner have run the event for four years. (Alex Farris / For The Star) Alex Farris 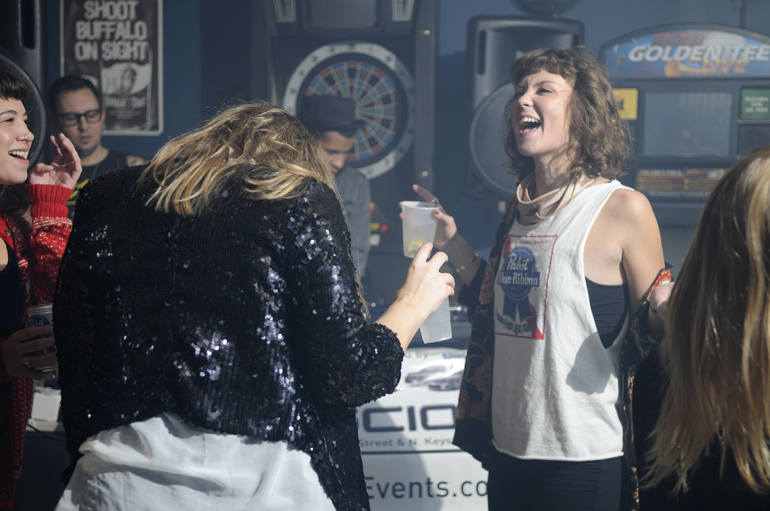 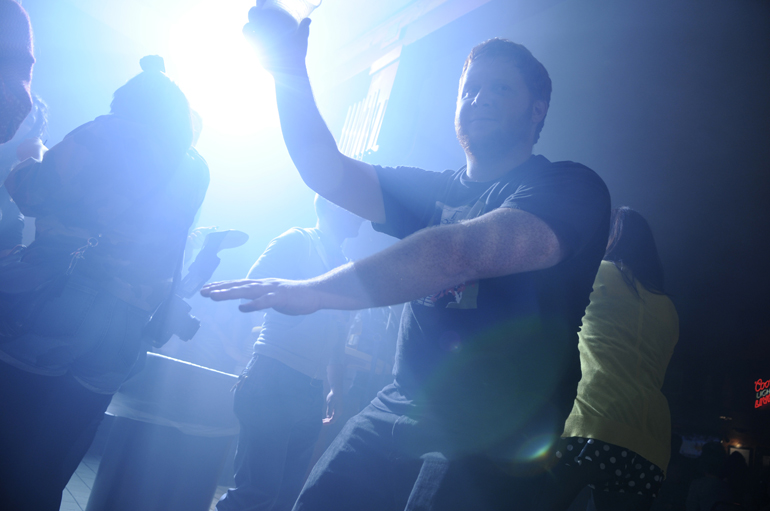 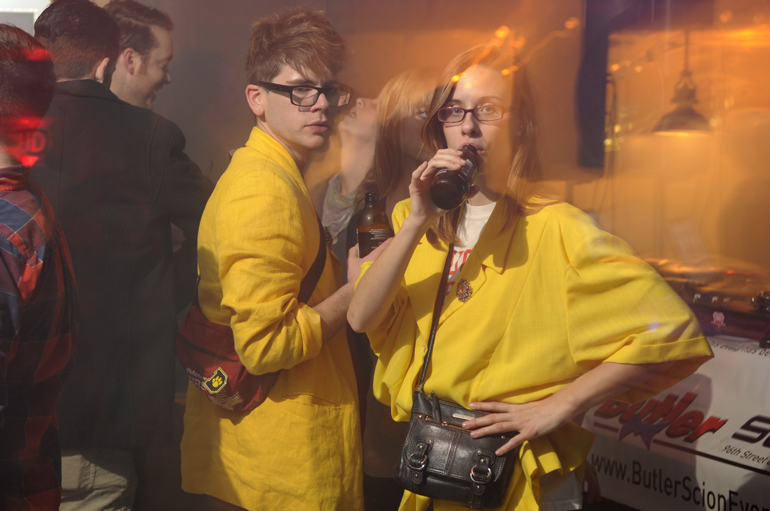 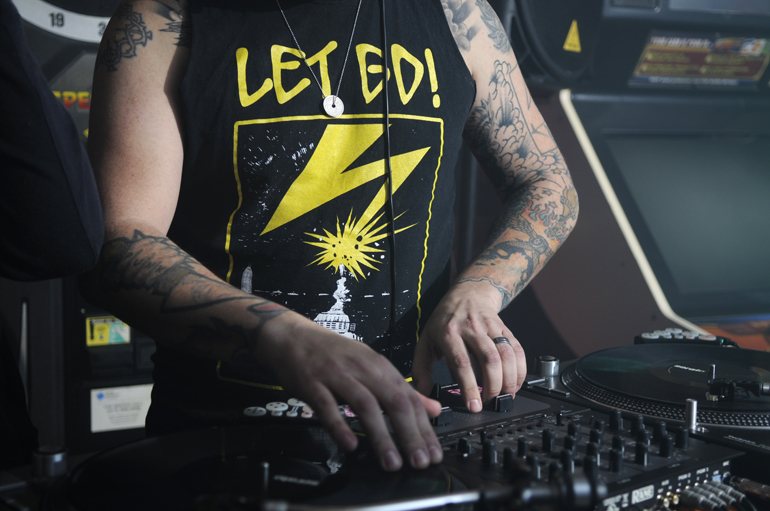 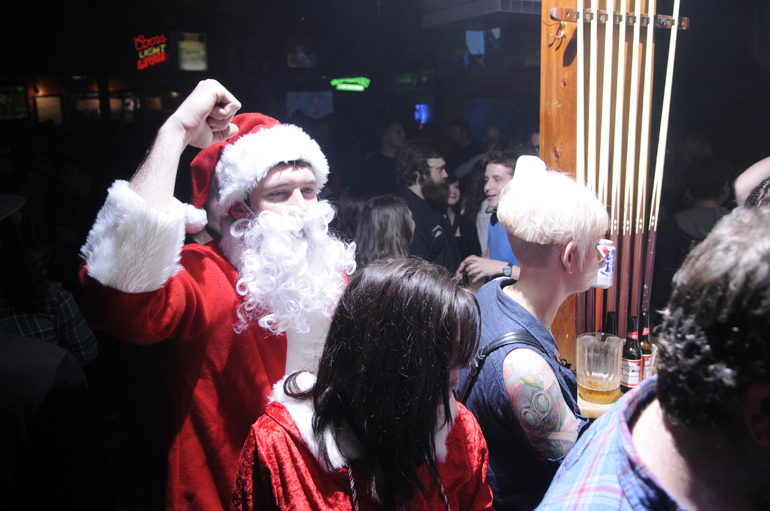 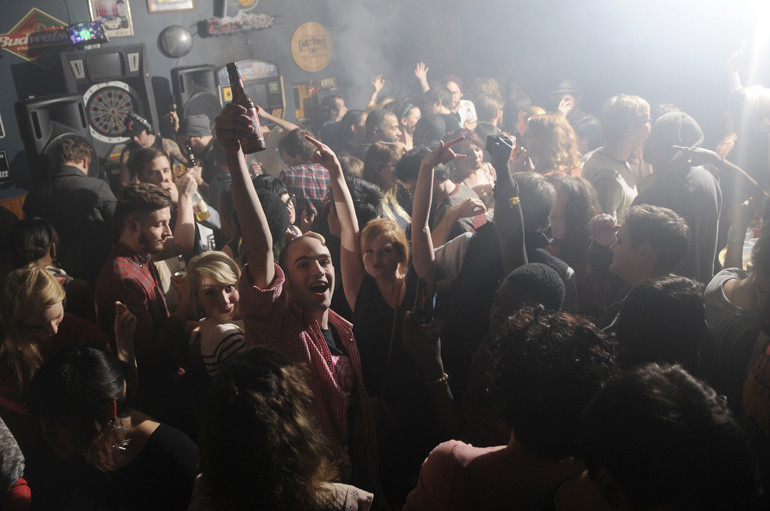 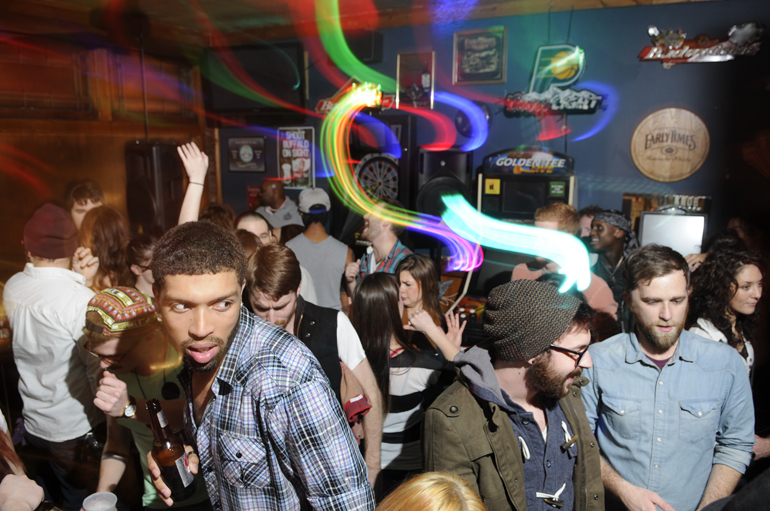 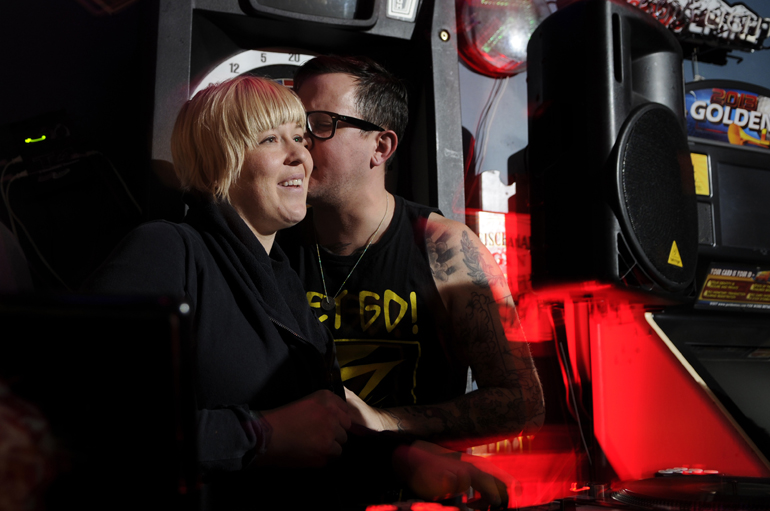 Andy Skinner of A Squared Industries kisses Annie Skinner at the close of the final installment of Let Go! at the Lockerbie Pub in Indianapolis. (Alex Farris / For The Star) Alex Farris