One more story about Saturday's celebration before Hoosier Nation moves on to this weekend's game against Notre Dame. (And before we all remember that it was an early regular-season game.) It involves the three people involved in the moment shown here in the first photo.


I first saw those three students about halfway through the second half. Their corner table was more elevated than the others, so when they stood up at their seats I could see them above the mass of heads in front of me. That, combined with the emotion in their faces, made for a good spot to aim my shots, so for the rest of the game I alternated my focus between the TV and them. 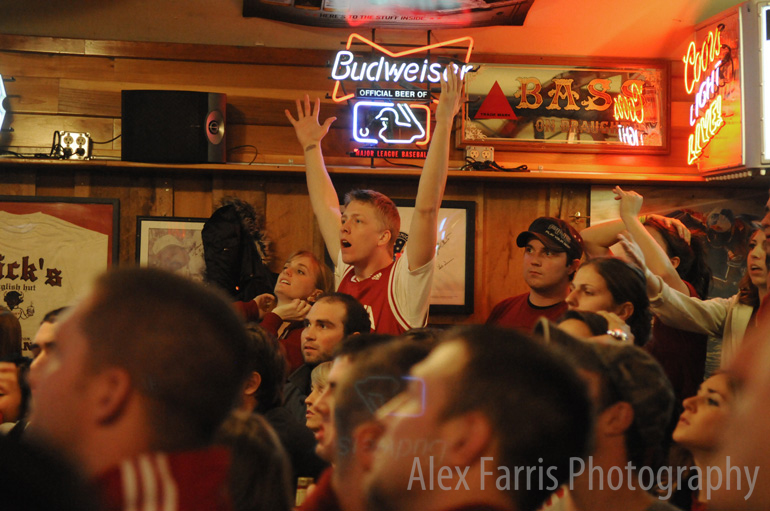 Kathryn has her head back, Adam has his arms up, and Kyle has a hat on.

When the game-winning shot came, I was looking at their faces instead of the TV. I knew I could watch Christian Watford's shot over and over on YouTube (and trust me, I have), but I only had one chance to see their moment. I got it, and then Nick's exploded.

Yesterday morning, I was checking emails and Facebook on my phone before working on a research project. I got a message from someone saying that a mutual friend had showed her my post and that she was the woman in the first photo. I was flattered and felt lucky that the post had gotten around to her, since I didn't go to her side of the Hoosier Room to get her and her friends' names. She told me what she felt as Christian Watford's shot fell in, she pointed me to her two friends in the photo, and then I messaged her two friends and asked them what they felt.

These are their stories. 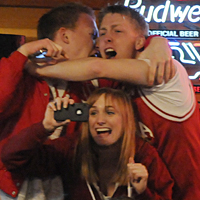 Oh, I can't even explain what I was thinking in that moment. I just remember everything being dead silent when Christian took the shot and feeling like the ball was in the air forever. Then the second he scored the entire bar literally erupted. There were whole pitchers of beer being poured everywhere, all the tables were flipped, it was insane. Absolutely unreal. It's one of those moments I will remember for the rest of my life. 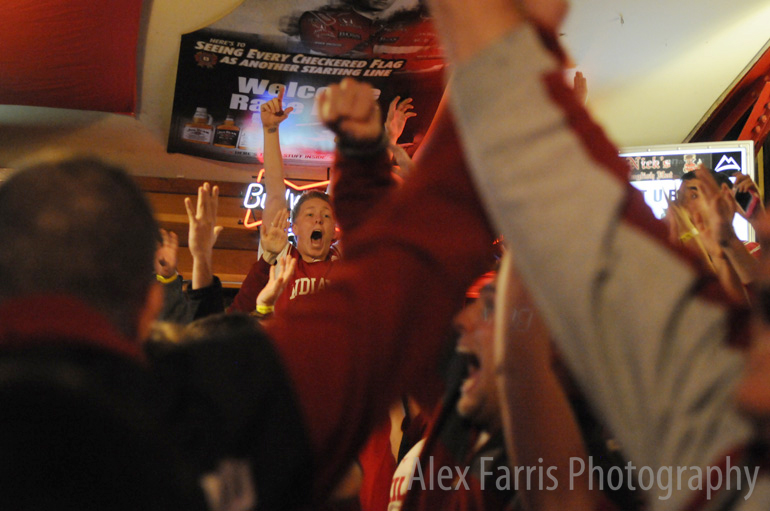 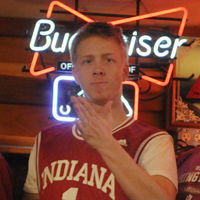 Haha what a night. Without a doubt best night of my college life. But yeah that first photo is so great, I'm pretty sure it was right after Watford shot the ball. There was so much anticipation. I think the whole campus was silent holding their breath while the ball was in the air. haha I'm pretty sure time stopped along with my heart beat. I've never wanted anything that bad. I remember telling Kathryn when Lamb missed his first free throw that something epic could happen and that she should record what was about to happen. It had to happen! Because Nick's was playing the radio I'll never forget the commentator, "Watford for the win!" and then Dick V, "America. Are you serious?" Nick's erupted and I was the happiest man ever haha. Kyle threw an entire pitcher of beer in the air showering me and everyone around. I think it might be in the third picture, not sure though. haha and the rest was history! 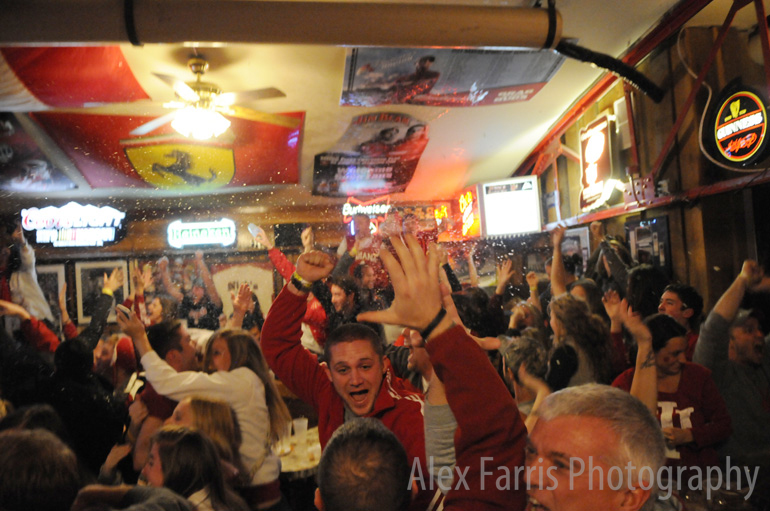 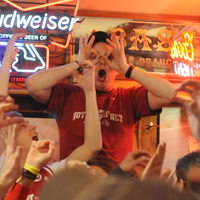 I was thinking that this shot has to go in, and if it does this place is going to erupt. When it did, total jubilation. It had been too long since IU basketball had been relevant and that shot was going to put us back on the map. Now all I can think about is the words, "WATFORD...FOR THE WIN! YES!" 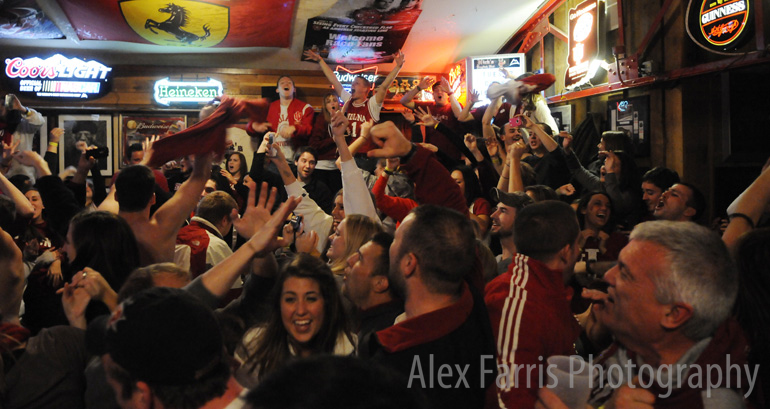 Also: The guy in the fifth picture in the previous post is Josh Black, according to a comment left on the page earlier today (and according to Facebook, where the photo is his profile picture). "Saturday may have been the greatest college experience of my life," he said.