I don't know how it happened, but this concert ran very smoothly. There was no misunderstanding from a pit bouncer like there was during the Drake concert, and contrary to everything you would believe at a hip-hop show (or any concert, for that matter), Wiz Khalifa got on stage 20 minutes ahead of schedule. As for the performance, local DJ Nicholas Rage (@BenBrightLights) didn't go but said that others thought the show was "so so." The three songs (actually four or five; bonus!) I took photos of sounded good, but then again, I hadn't listened to any of Wiz's work before. I did, however, get a distinct Jimi Hendrix vibe from him, so that's a plus.


Once again, these photos were for The Indianapolis Star, just like the Drake and Chris Brown concerts before them. You can find more photos in a gallery on the IndyStar website, nestled in between the photos of Tim McGraw, Kenny Chesney and the Brickyard 400 events.

Update: These photos have gotten some pretty significant pingbacks. First, Nick Rage's buddy Brandon saw the photos and put a link to this entry on the Complex sneakers website; I got onto the site because Wiz was wearing some new Jordan VIs that had been released in June. (The photos also got onto the site Jordan Depot.) Second, the Lafayette Journal and Courier reposted the photos from the Star, as did the Mansfield (Ohio) News Journal. (They can do that because both papers, like the Star, are owned by Gannett.)

Wiz Khalifa points to the crowd as lifts the microphone stand during his concert with Mac Miller and Kendrick Lamar on Jul. 28, 2012, at Klipsch Music Center near Indianapolis. Alex Farris 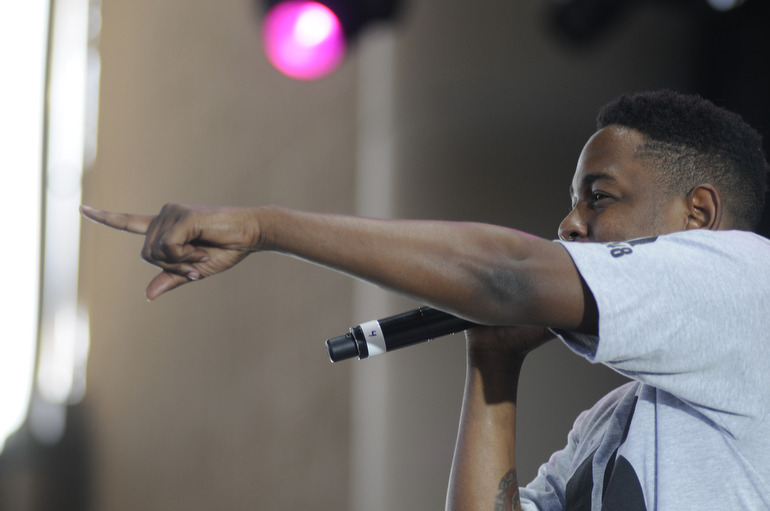 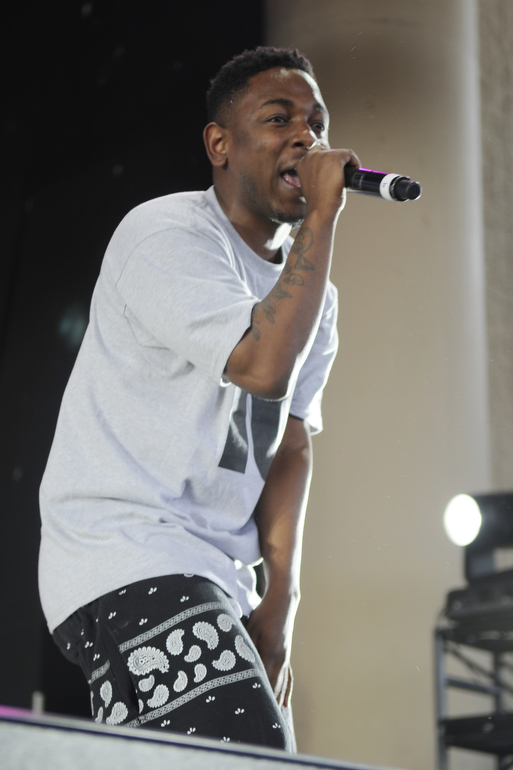 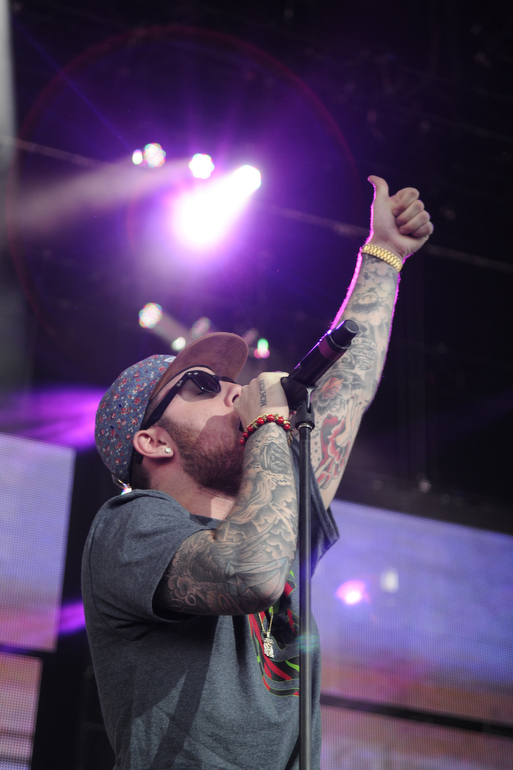 Mac Miller gives a thumbs-up during his set. Alex Farris 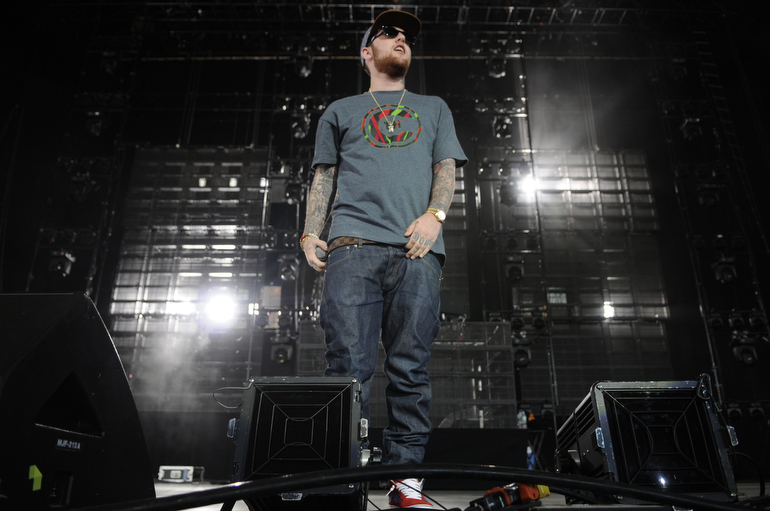 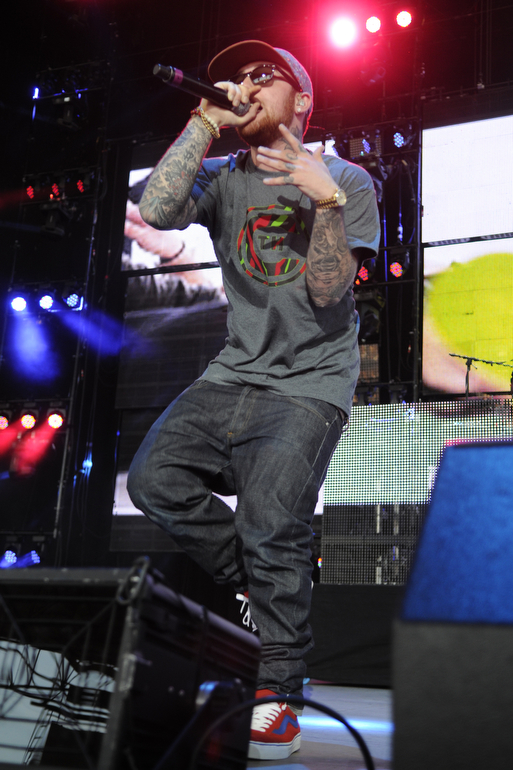 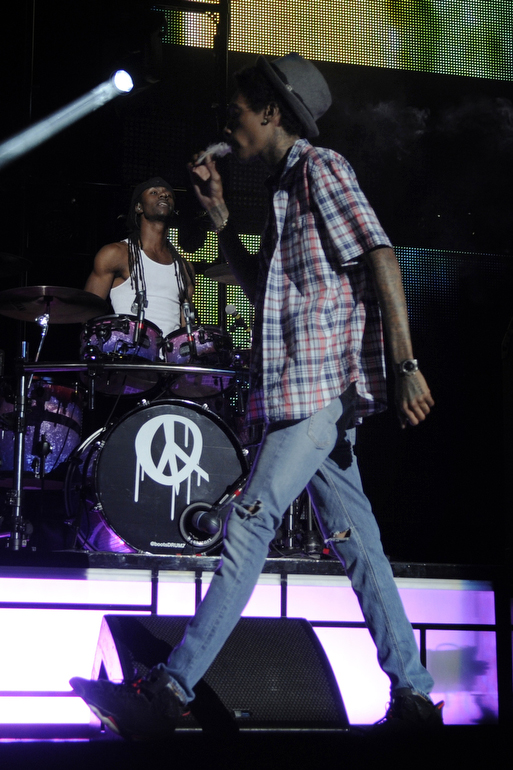 Wiz Khalifa smokes a joint as he walks onto the stage. He kept two Fiji bottles of water on a table behind him. Y'know, in case he got cotton mouth from all the smoking. Y'know. Alex Farris 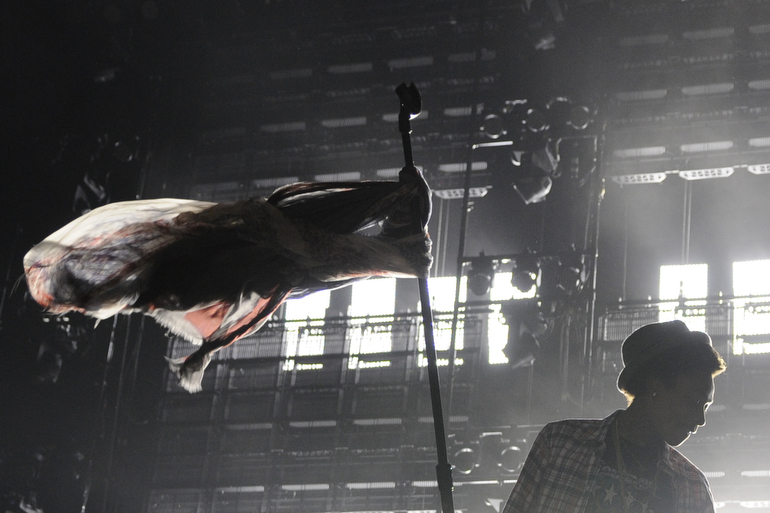 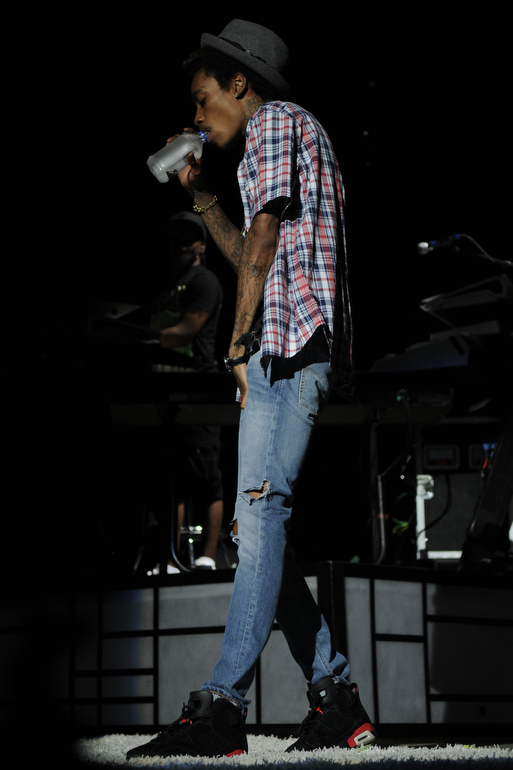 Wiz Khalifa drinks from a Fiji bottle as he walks through his shag carpeting. No, seriously, look at his feet. He had a piece of SHAG CARPETING on stage. Alex Farris 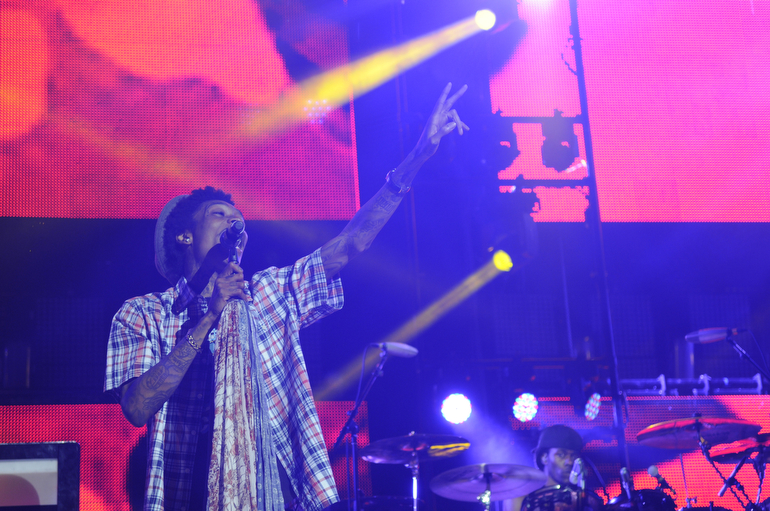