I had an interesting series of events Saturday. I started at the American Legion Mall in Downtown Indianapolis, where I was amongst the highest per-capita concentration of yellow buckets I had ever seen. The buckets were for the Walk for Water, a 5K walk meant to replicate (inexactly, of course) the daily trip that villagers in Kager, Kenya, make to retrieve water that may or may not be fully sanitary. The organizers of the event, the Jubilee Village Project, has partnered with the 3,000-people African village to develop a safe water system that would negate the trip. To raise awareness, people walked from the Mall to the White River Canal under Ohio Street, got their buckets filled by Boy Scouts, and walked back to the Mall carrying the filled buckets on their heads. (Well, some people filled their buckets all the way, and some people put them on their head.) Except for two shortcuts, I walked the entire 5K looking for photos.


Then I took a math placement exam.

I'm taking physics as part of my pre-med coursework this coming year (more on than in a later post... hopefully). Because I haven't taken a college math course since spring 2009, I had to reassure people that I still know math. I needed a raw score of 46 to qualify for the non-calculus physics class I need to take. In a case of not thinking things through, I scheduled the exam for immediately after the photo assignment, so I was tired, sweaty, and a little bit foggy as I began the computer-administered exam. Two hours later, I finished and promptly worried that I would need to spend money on another math course before taking physics. Fortunately, I didn't need to worry: I got an 86. Six years after my 5 on the AP Calculus exam, I've still got it.

Then I sent the 5K photos to the Star. They appear below and in the full gallery at IndyStar.com (on a special white background!). 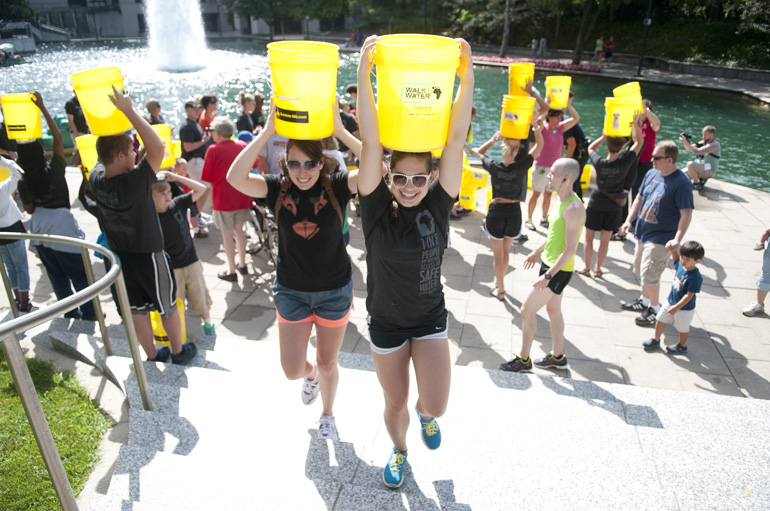 Molly Martin and Grace Connell lead others with water buckets up the steps of the White River Canal during the Walk for Water 5K event, Saturday, July 27, 2013. Alex Farris 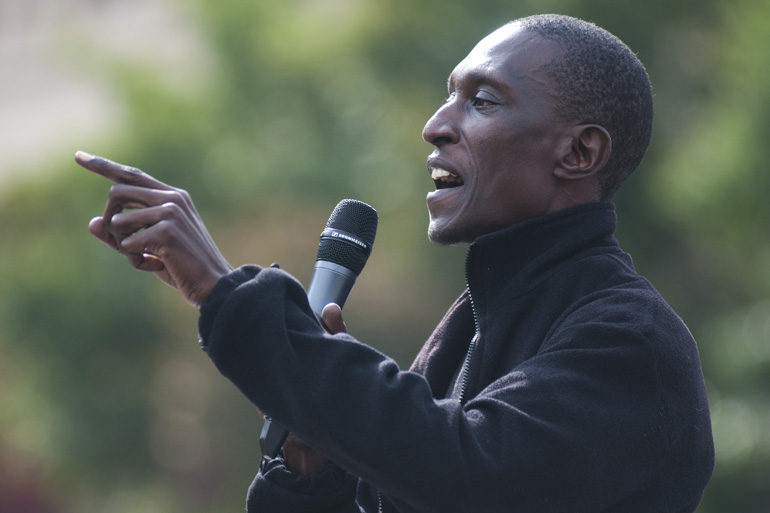 David Kayando, a pastor from Kager, Kenya, thanks supporters before the Walk for Water 5K event at American Legion Mall, Saturday, July 27, 2013. Kayando's village of 3,000 people is the recipient and caretaker of the safe water system that the Jubilee Village Project is building in Africa. Alex Farris 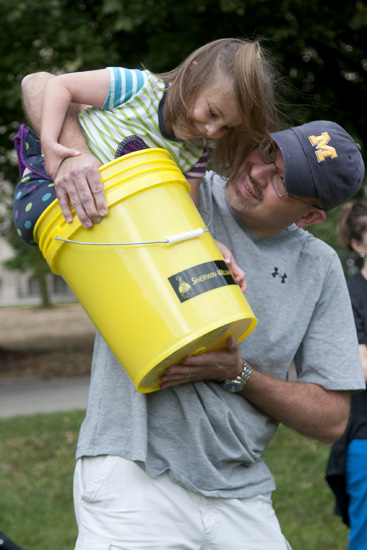 Reagan Wolfe, 5, is lifted by her father, Chad, in a bucket that will be filled with water during the Walk for Water 5K event at American Legion Mall, Saturday, July 27, 2013. Alex Farris 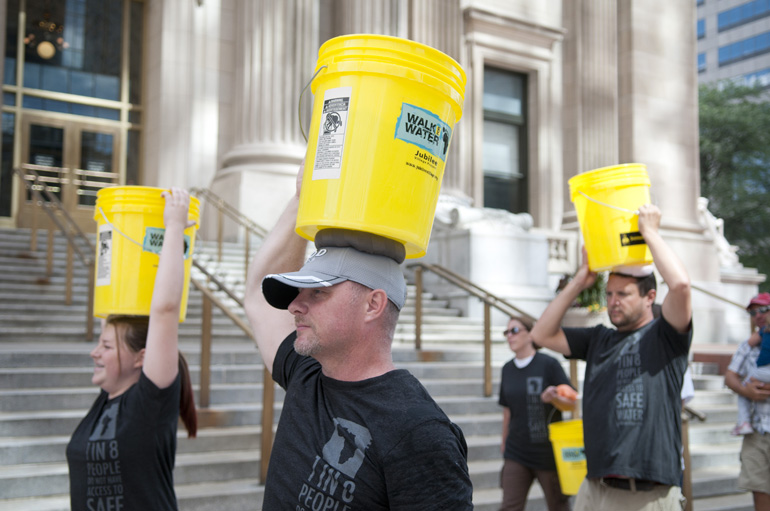 Joe Locke and others walk their water buckets back to American Legion Mall during the Walk for Water 5K event downtown, Saturday, July 27, 2013. Alex Farris 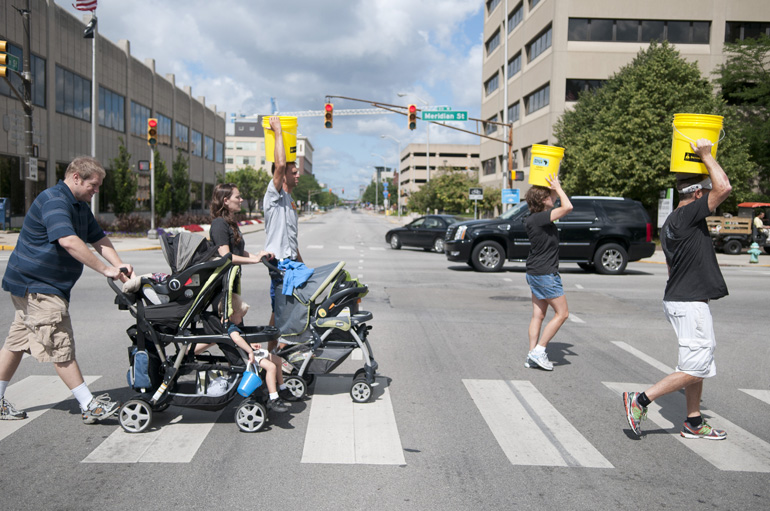 People walk across Michigan Street with buckets of White River Canal water on their heads at the end of the Walk for Water 5K event at American Legion Mall, Saturday, July 27, 2013. Alex Farris