After the IDS' weekly Slash meeting (where we discuss what went and didn't go well in the past week's papers) on Friday, I was approached by features editor Elvia Malagon and writer Caitlin Keating for a photo assignment. Keating wanted me to go with her to the Monroe County jail on Monday, where she would meet with Brittney Hamm. Hamm and her five-year-old daughter, Gracie, would visit Brittney's fiance of six months, Jere Brant Crouch, who has been in jail for seven months. (Yes, they first met when he was in jail.) Ideally, I would be able to take photos of the three talking to each other through the glass window of the booth. That didn't happen, though, as a change in the visitation system kept even Keating out of the conversation. We were still able to piece something together for Tuesday's paper, and it made for a nice post-Valentine's Day package.
Flip the light switch 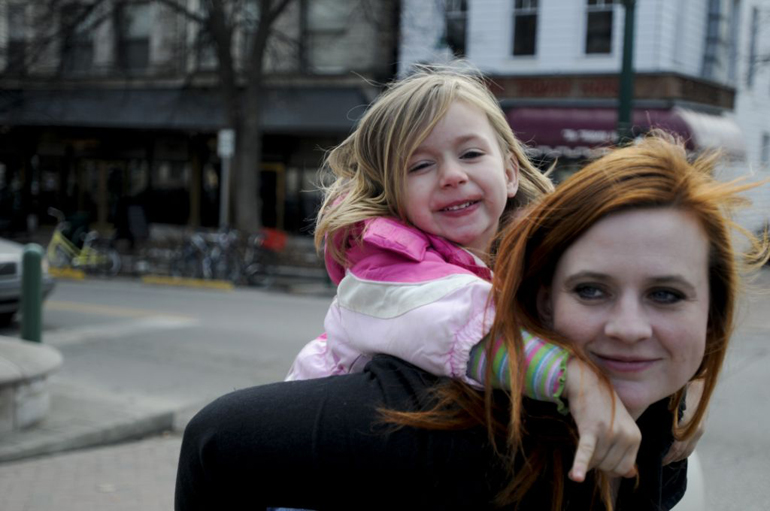 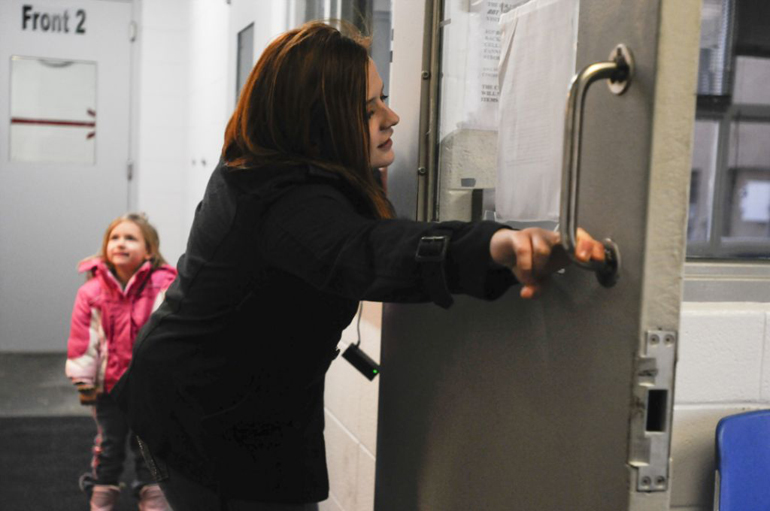 Brittney closes the Front 1 door before talking to Jere. Jere was arrested seven months ago and charged with theft on the Indiana University-Bloomington campus. Alex Farris 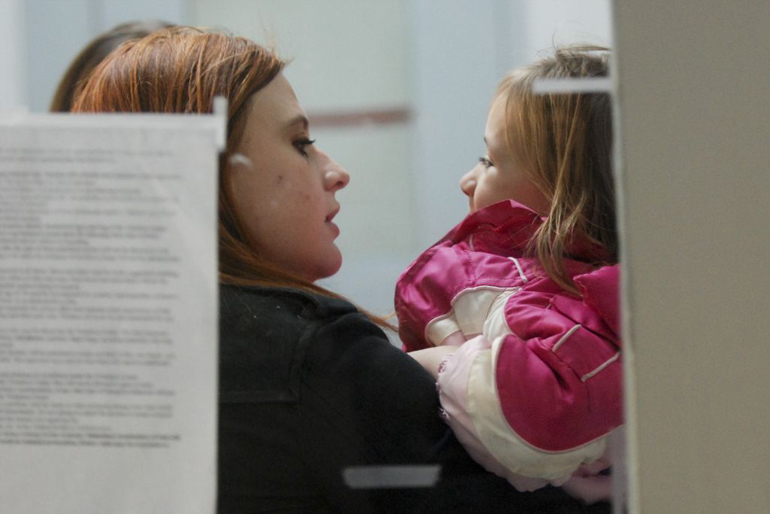 Brittney looks at Gracie while waiting to be able to talk to Jere. The two exchange letters every day. Alex Farris 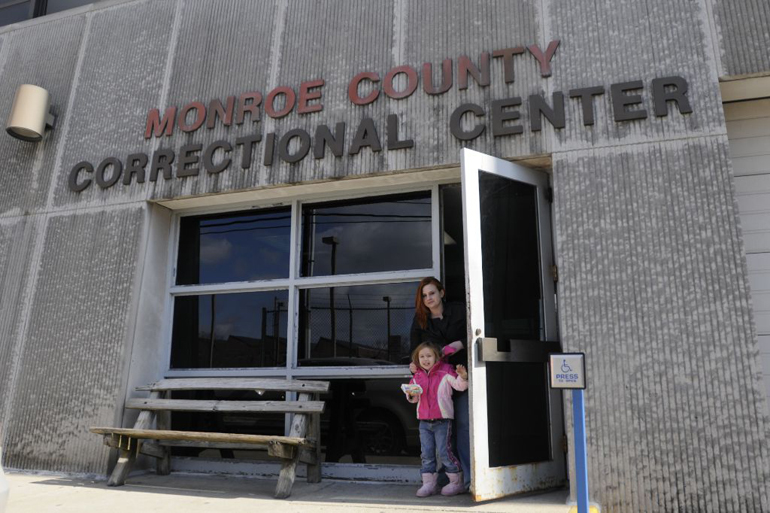 Gracie and Brittney walk out of the Monroe County jail after talking to Jere. The new year brought a new visitation system through video from inmates' cells, one that allows for a more fixed schedule but, according to Brittney, feels more impersonal. Alex Farris 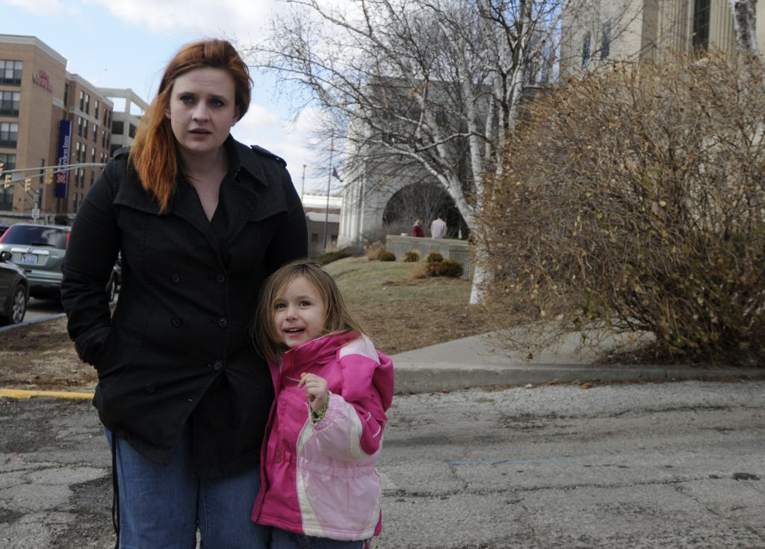 Brittney and Gracie walk down Seventh Street with the Monroe County Justice Building in the background. Later that day, a judge sentenced Jere to nine months in prison. Alex Farris 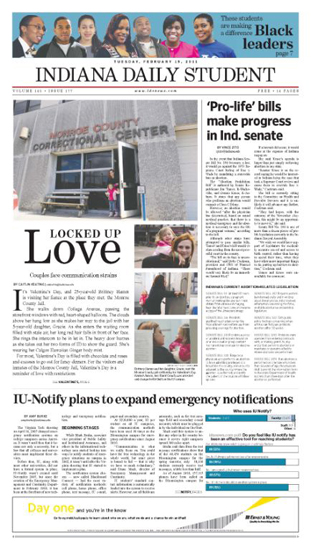