True This camera is attached to a block of wood that is nailed to two other blocks of wood on top of a playground, and it's placed at least 10 feet off the ground. It should stay put this time. Alex Farris
Let's try this pinhole camera again. | Alex Farris Photo Blog
Home
Previous
Archive
TAGS
Science

Last December on the winter solstice, I made a pinhole camera to track the sun's movement across the sky as it rises and sets over six months. The end result, I hoped, would be a beautifully stark picture of sun tracks as its paths rose higher into the sky over a neighbor's house, and I would open it at the summer solstice to find my present.


Yesterday was the summer solstice, and I didn't have much to open. The original contraption turned to its side about a month and a half in, a victim of strong weather and a weak support system of a stick and rebar stuck into the ground. I trashed it Tuesday, built a new one, and mounted it atop the playground in the backyard. This time, its backbone consists of a three-foot piece of wood nailed and screwed to the top of the playground and a lot of Gorilla Tape to keep it pointed toward the sun. It's gonna be hard to move this sucker, and hopefully I'll have a good photo to open in six months. 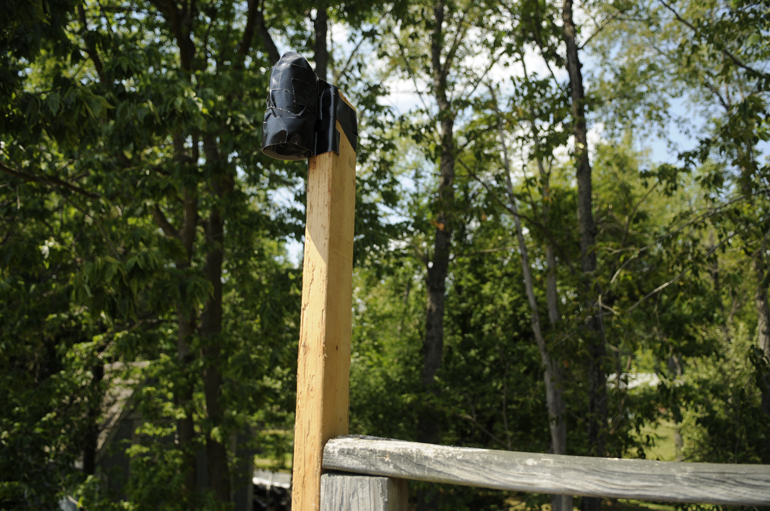