I'm about to leave the Microtel south of Columbus, Ohio, but before I do, I wanted to post to the site a few photos from Cleveland, where Obama made a late (started at 8 p.m.) stop at Burke Lakefront Airport. He was raspy from the rest of his cross-country tour, but I've never seen him use his fists so much. This deserves a study like I did for Paul Ryan, but there isn't much time for that now. Maybe later.


Of course, there are many more Obama photos on Demotix. What didn't make it there: At least two people had to leave the area I was in because they were close to fainting before Obama spoke, and one was near tears while he spoke. That "Fired up! Ready to go!" chant is a bit more literal than one might think.

Also, Romney and Ryan were in Ohio yesterday, too. Mitt was in Cincinnati in the morning, and Paul was in Defiance, Ohio, in the evening. I wish I could have gone to those events, as well, but there are only so many miles one can drive in a day. 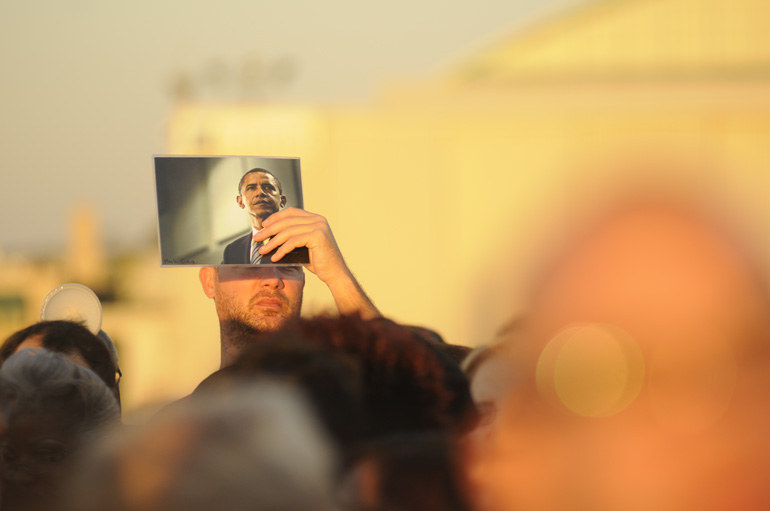 A man shields his face with a picture of President Barack Obama as he waits for Obama to arrive at Burke Lakefront Airport in Cleveland, Ohio. Alex Farris 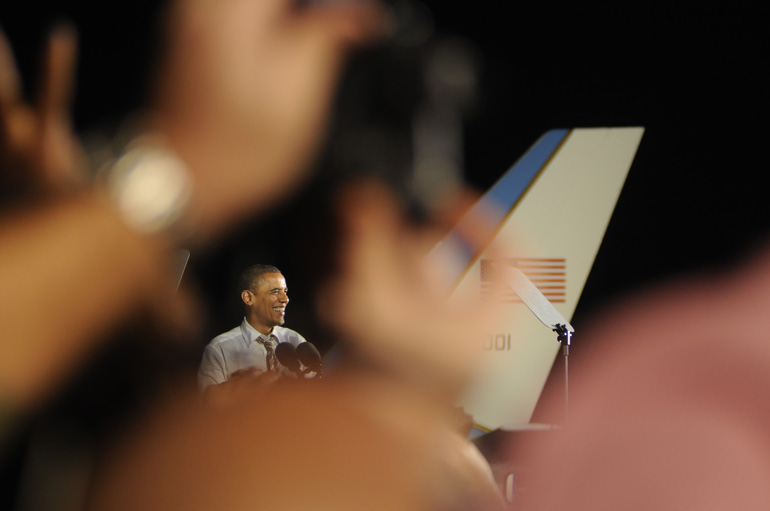 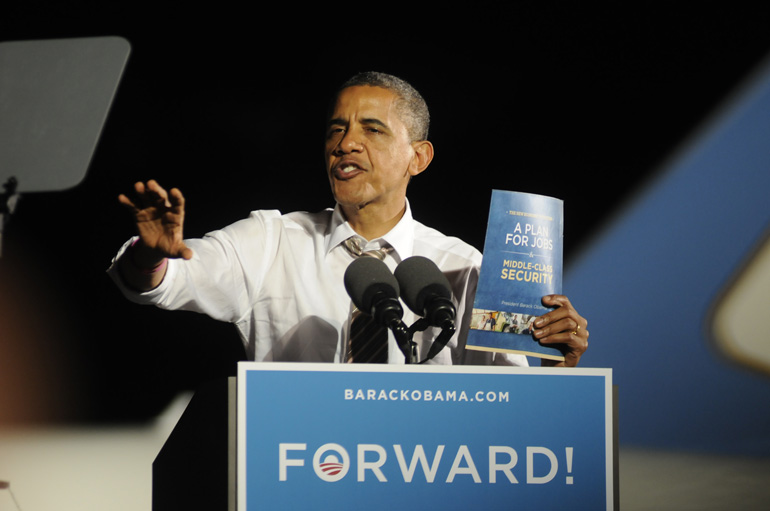 President Barack Obama shows off a booklet that explains his policy proposals for a possible second four-year term. Alex Farris

President Barack Obama makes a forceful point to an estimated 12,000 people at Burke Lakefront Airport in Cleveland during the last stop on his two-day cross-country campaign swing, Thursday, October 25, 2012. Before Cleveland, Obama flew to Chicago, where he cast his early vote. Alex Farris