(with apologies to Billy Joel)

With a heavy heart, I gave my house keys to my landlord at 4:15 p.m. yesterday. After two weeks of packing and cleaning (which explains the lack of posts recently), I'm ready to leave.

Not really. I've learned so much about photography and life in Bloomington, and I've had so much fun doing it, so it's a little hard to leave. I move on, though, in the hope that even better things will come. After finishing my stint as IDS web editor managing the Facebook page and Twitter account in less than two weeks, and after sending resumes to newspapers across the state, I will be ready for... well, for whatever comes and whatever I decide to shoot for. 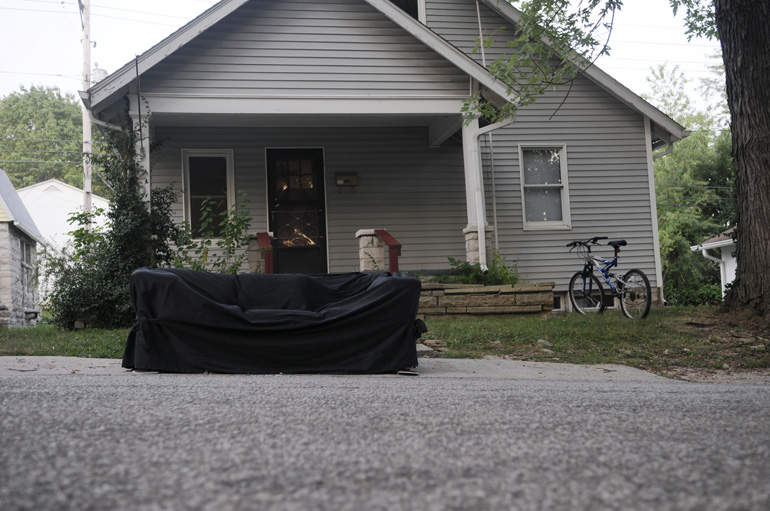 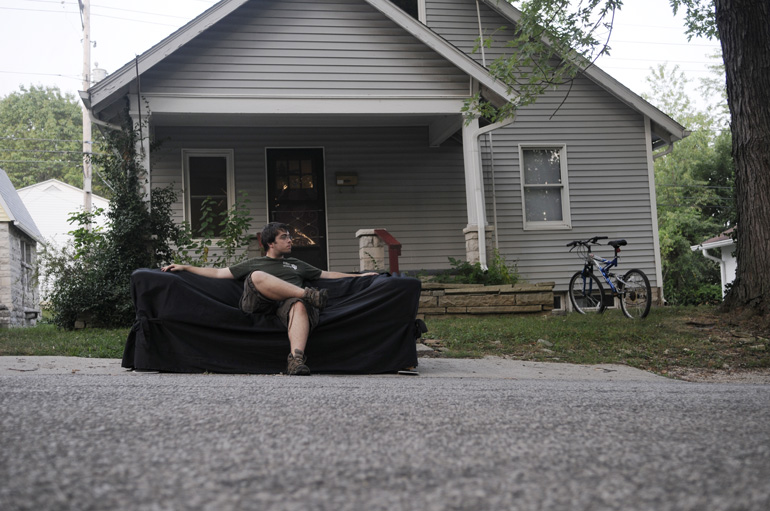 My home for the past year. (The house, not the couch.)
Alex Farris

One thing to point out about the house: For the last seven months, I've been creeped out every time I wash the dishes. I look out the window, and I see a painting that looks like a real person staring out the window of my neighbor's house. The man's sunken eyes watch me as I rinse a pan and dry a spoon, and as my spine tingles I think to myself, "You've seen that before. Man up." My neighbor was moving out yesterday, as well, and I asked him about the painting. He said it's one that his friend painted of William S. Burroughs. I made sure he knew it "scares the crap out of me."
Alex Farris
THINGS WE SAID TODAY Bloomington | Personal
Tweet
HTML Comment Box is loading comments...
Comments
Next
Previous entry: 2011 Ride Across INdiana
Next entry: Erdely/Hayes Wedding