I've been taking more than just photos of the Lauren Spierer story in the past month. J. Edward Calabro (known to coworkers as Jimmy) worked on two stories about different monastic traditions: the Benedictine at St. Meinrad Archabbey in southern Indiana, and the Buddhist at the Tibetan Mongolian Buddhist Cultural Center in Bloomington. I was lucky enough to be the photographer on the story. Although the St. Meinrad trip meant that I missed a BPD briefing on Lauren Spierer, the mini-series resulted in the kinds of photos I rarely get: those of timeless religious traditions.


(Plus, I got to flex some headline-writing muscle. I reached back into my Catholic upbringing (and into Wikipedia) to think of the print headline for the St. Meinrad story: Regula Benedicti.) 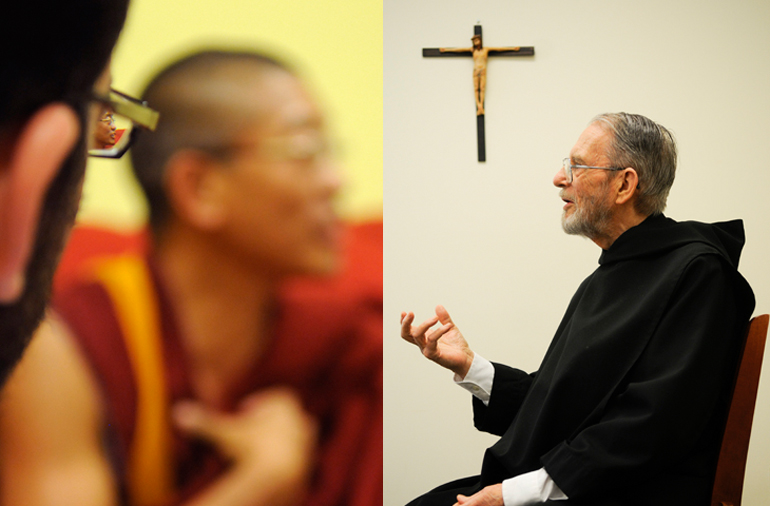 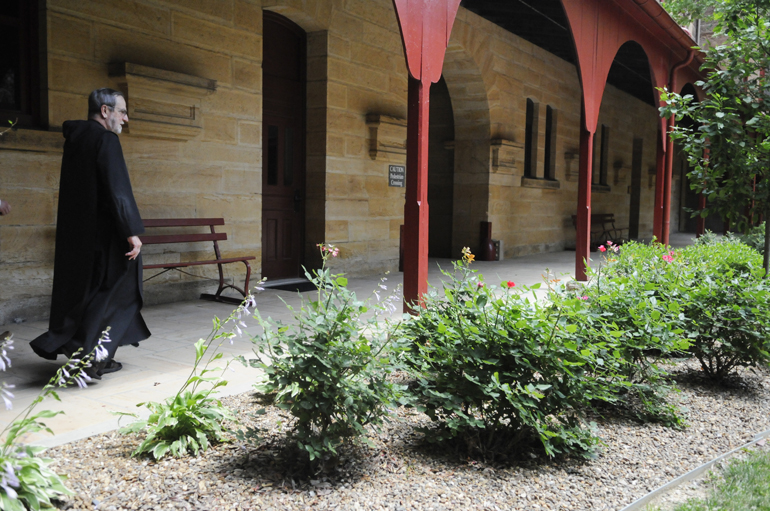 Br. Maurus Zoeller walks around a courtyard during a tour June 17 at St. Meinrad Archabbey. "We've got a minute, 32 seconds, then we gotta go to church," Br. Maurus said before the start of midday prayers. Alex Farris 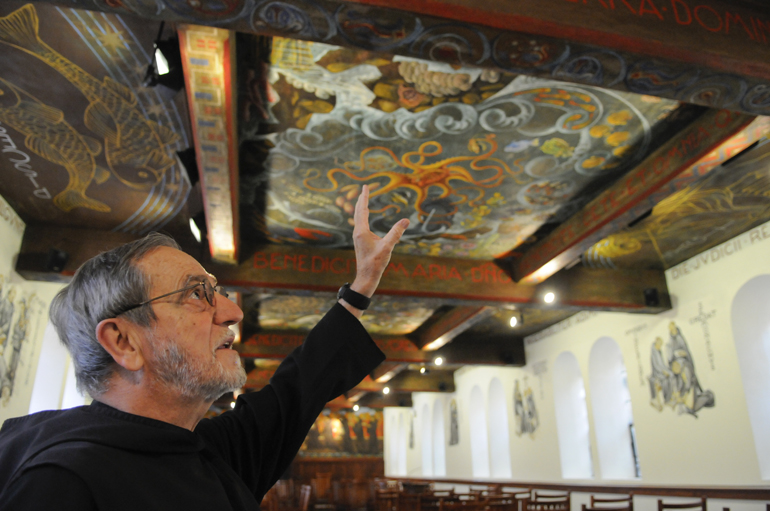 Br. Maurus Zoeller points out paintings in a chapel during a tour June 17 at St. Meinrad Archabbey in St. Meinrad, Ind. The abbey was founded in 1854 by monks from Einsiedeln Abbey in Switzerland. Alex Farris 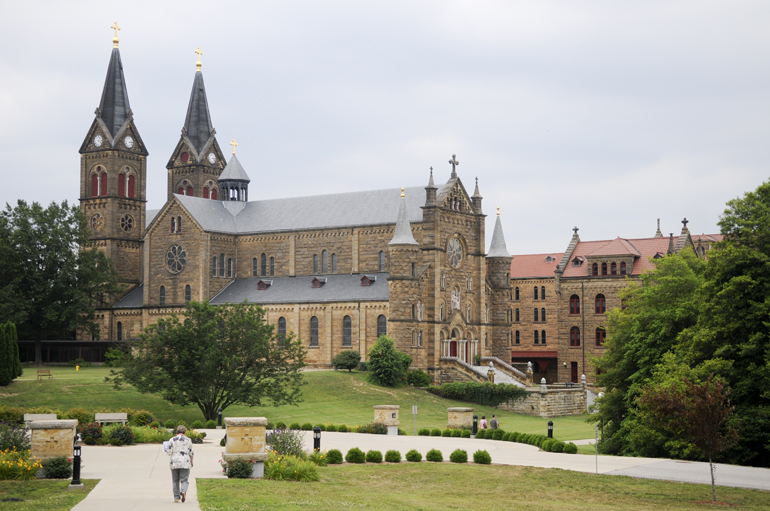 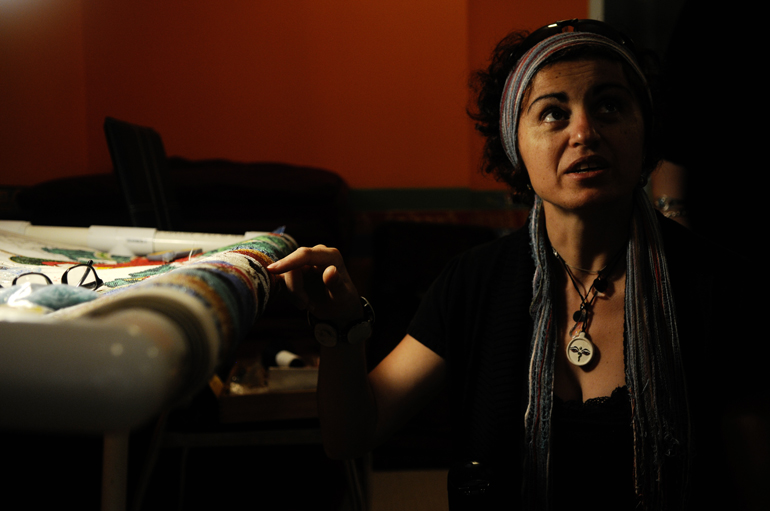 Curator Filiz Cicek shows off meditative bead art by resident artist Russ Ellis during a tour of the Tibetan Mongolian Buddhist Cultural Center on June 28 in Bloomington, Ind. "We are not trying to make more Buddhists. We are trying to make more good people," Geshe-la said through interpreting monk Tenpa Phuntsoh. "And to become good people, we should try to generate a good heart." Alex Farris

TMBCC curator Filiz Cicek demonstrates a mandala in an outdoor shrine June 28 on the center grounds. The TMBCC was founded in 1979 by the eldest brother of the Dalai Lama, Thubten Jigme Norbu, who was exiled from Tibet in the 1950s. Alex Farris 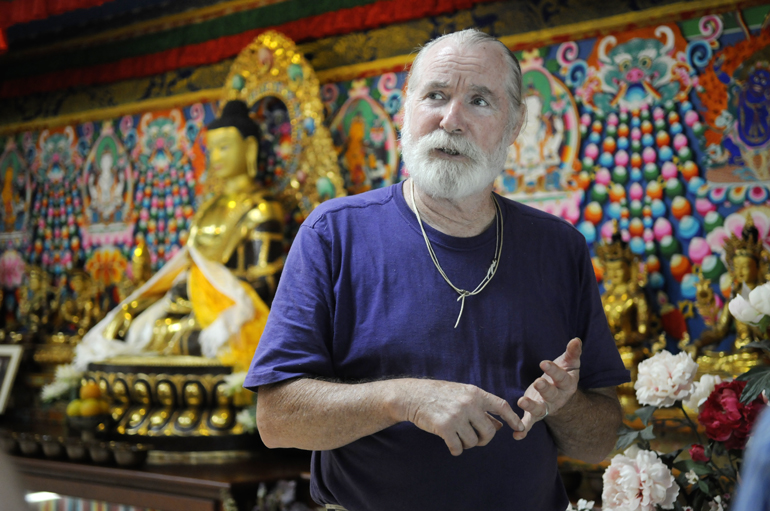 Resident artist Russ Ellis explains the finer points of Buddhist philosophy in front of a Buddhist altar June 28 at the TMBCC. "All of the founders of the world religions have the same idea, same thought, same will," Geshe-la said. "Same will." Alex Farris