After I cobbled together the previous entry, I showed it to former IDS photographer and current Washington Post assistant managing editor for photography Michel du Cille during a critique yesterday morning. I went into the critique thinking that I had made something really good that sold my skills well and could set me on my way to a job in the very near future. After his critique, I learned that I had made something passable. Every bit of advice he gave me was pricelessly useful, so I went back and edited the series based on his advice and my own fresh eye. (Mainly his advice, admittedly.)

The seven photos in the story appear below. Hopefully they are less repetitious and they more faithfully follow du Cille's oft-said outline for a photo story: wide, medium, tight, panoramic, detail.

Junior adviser for the Big Ten ticket Dan Haddad (center) and others talk in the "situation room" before election results are announced. Haddad wore a Smurf costume to attract voters in the IU Student Association campaign pitting Big Ten against reviveIU and BtownUnited. Alex Farris

Sophomore campaign adviser Jarad Winget and sophomore candidate for IUSA treasurer Kyle Straub pace around the Sigma Phi Epsilon formal lounge. Winget praised the senior leadership and the spirit of the campaign's volunteers before the results were announced. In reference to rival ticket BtownUnited's volunteers near polling locations, Winget said, “They had three people where we had 10.” Alex Farris 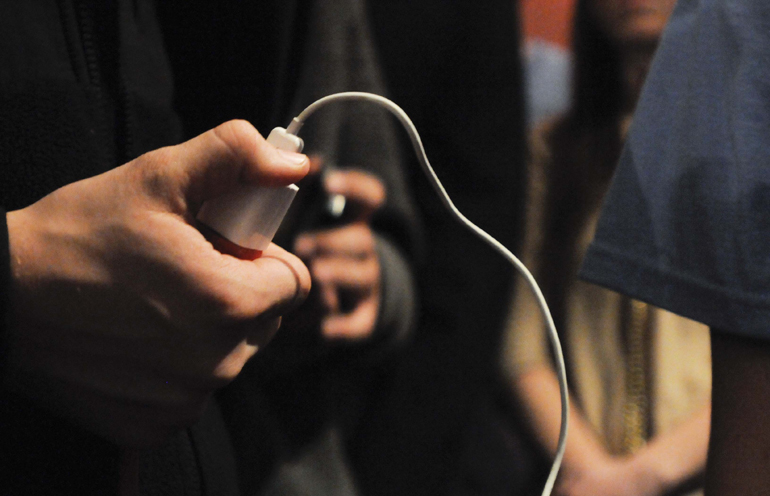 Winget holds an iPhone charger as junior presidential candidate Justin Kingsolver waits for current IUSA members to call with results. Kingsolver's iPhone had 8 percent charge, so someone with the campaign volunteered his charger. Alex Farris 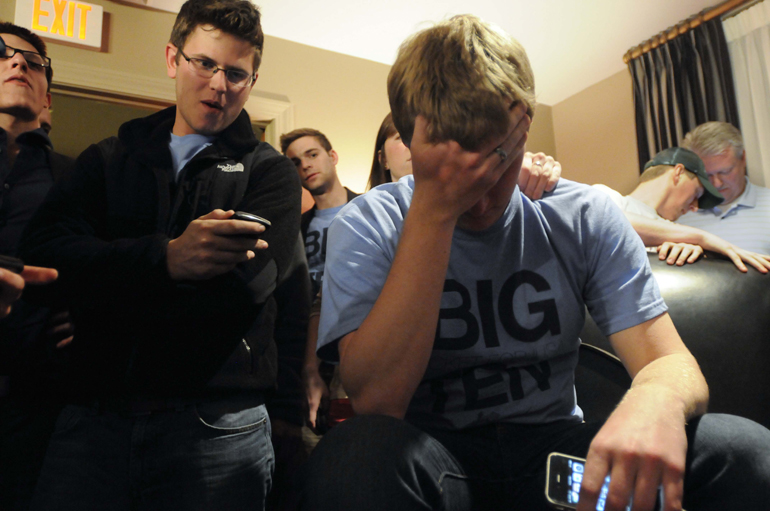 Winget and Kingsolver wait for results. Although the campaign was confident about its chances, Kingsolver paced, ran his hands through his hair, sat up and down, and said this would be his last political race. Alex Farris

Junior IUSA vice presidential candidate Stephanie Kohls reacts as she overhears the phone call. In unofficial results, the Big Ten ticket won by a margin of about 1,800 votes. Alex Farris 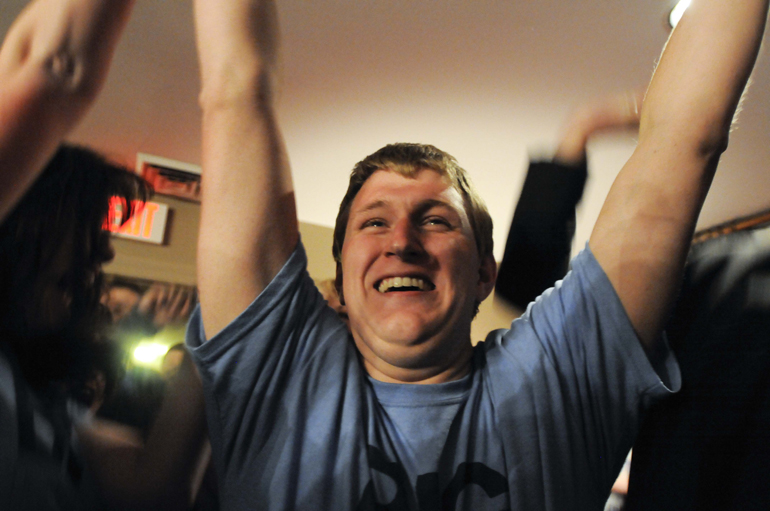 Kingsolver and other ticket members begin celebrating their unofficial victory. According to the unofficial results, Big Ten received 4,811 votes out of 9,071 ballots cast. Alex Farris 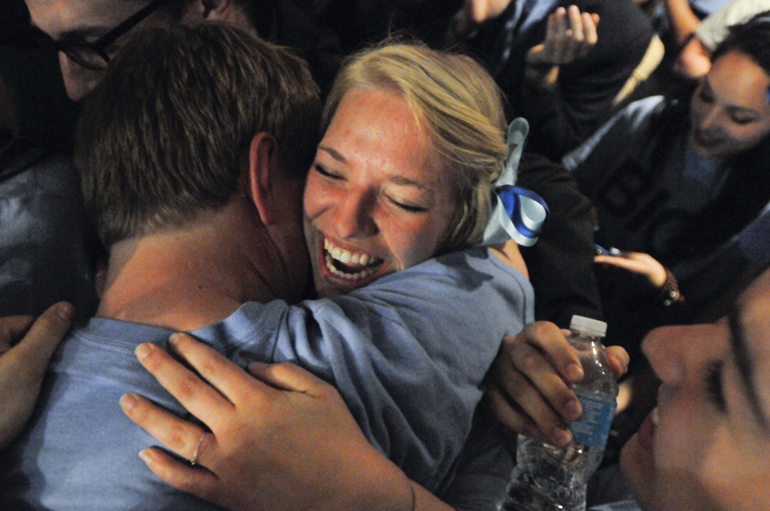 Kingsolver and junior chief of staff candidate Hannah Kinkead embrace during their victory celebration. Big Ten earned 4,811 votes in the initial tally. The BtownUnited ticket, which earned 3,056 votes, has disputed the election and called for Big Ten's disqualification. Alex Farris