IU's men's basketball team still isn't looking very good, and even if they did start a winning streak, it's a little late, now that there are only two games left in the season. The photos from this Sunday's game are full of disappointment and, in my age group's vocabulary, FAIL.
Flip the light switch 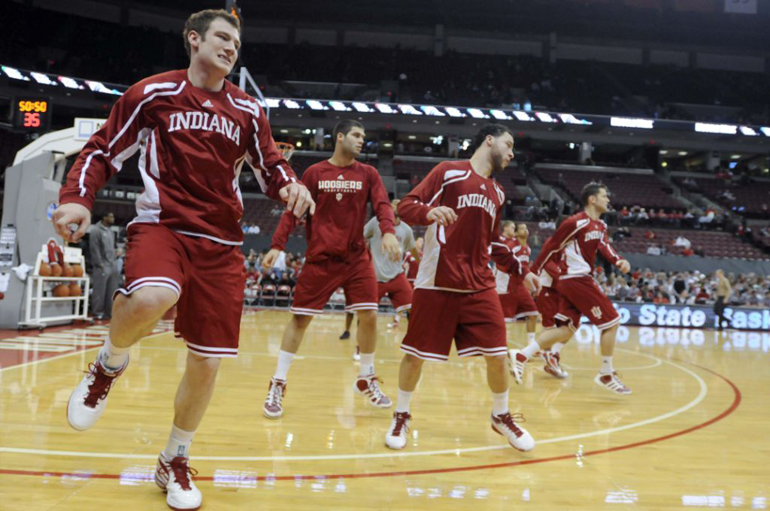 Indiana University forward Tom Pritchard and other IU players warm up before their game against No. 2-ranked Ohio State University on Feb. 27, 2011, at Value City Arena in Columbus, Ohio. IU entered the game with a 3-12 record in the Big Ten Conference, having lost to the Buckeyes, 85-67, on Dec. 31, 2010, in Bloomington, Ind. Alex Farris 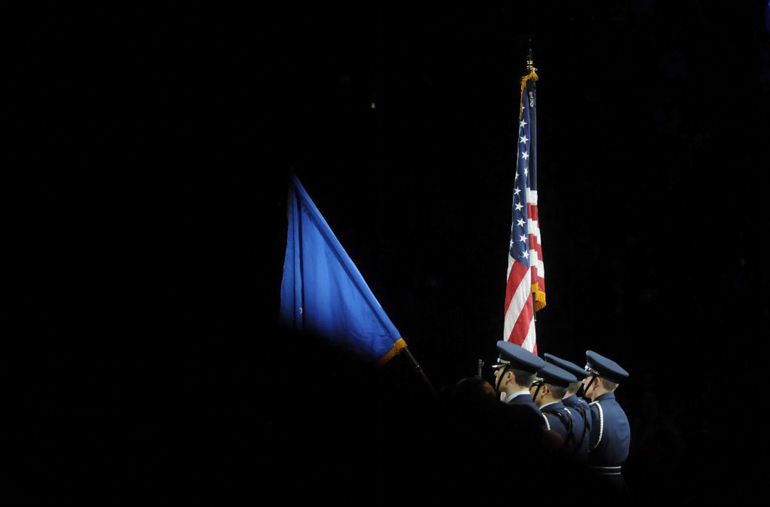 The American flag stands in the middle of the Value City Arena court before Indiana University's men's basketball game against Ohio State University on Feb. 27, 2011, in Columbus, Ohio. Alex Farris 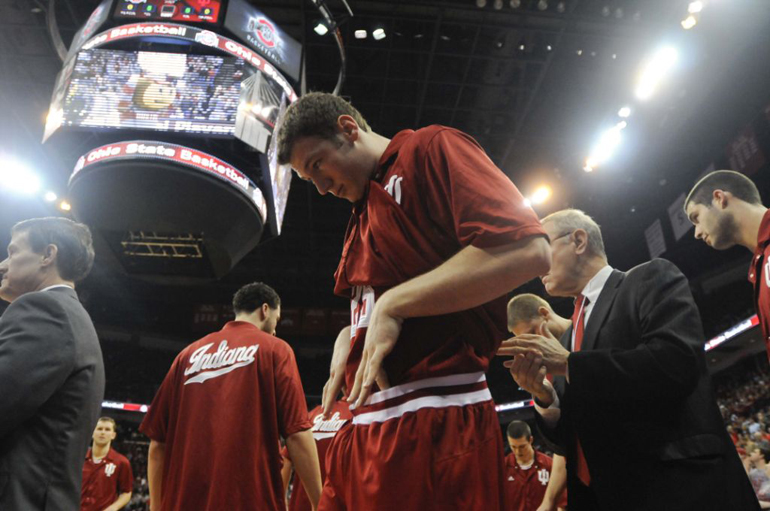 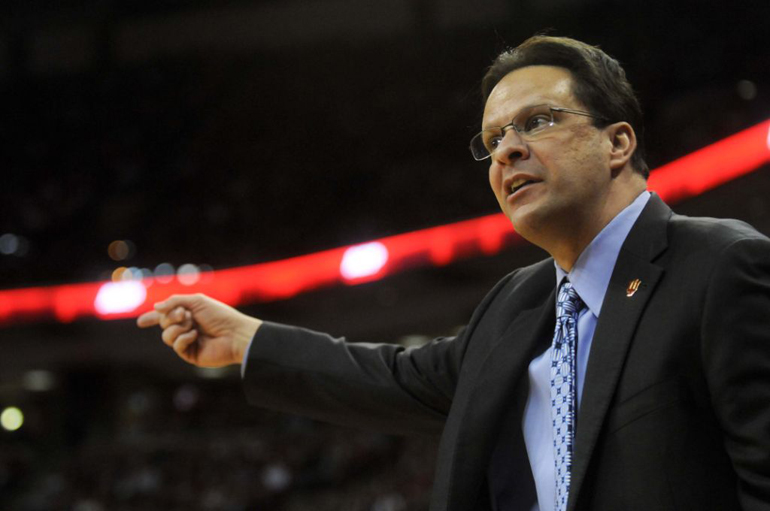 IU head coach Tom Crean points while talking with officials during the first half. Crean would eventually earn a technical foul for the IU bench. Alex Farris 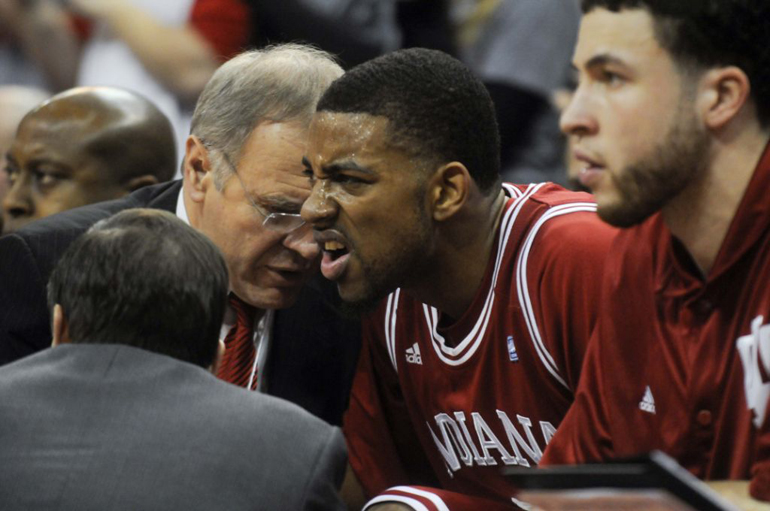 IU forward Christian Watford winces as he sits on the bench after an injury. Watford returned to the game. Alex Farris 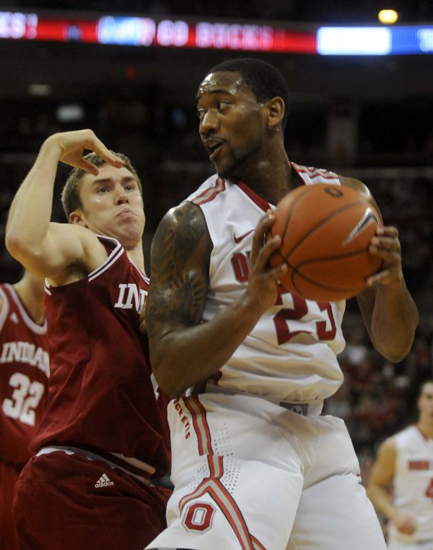 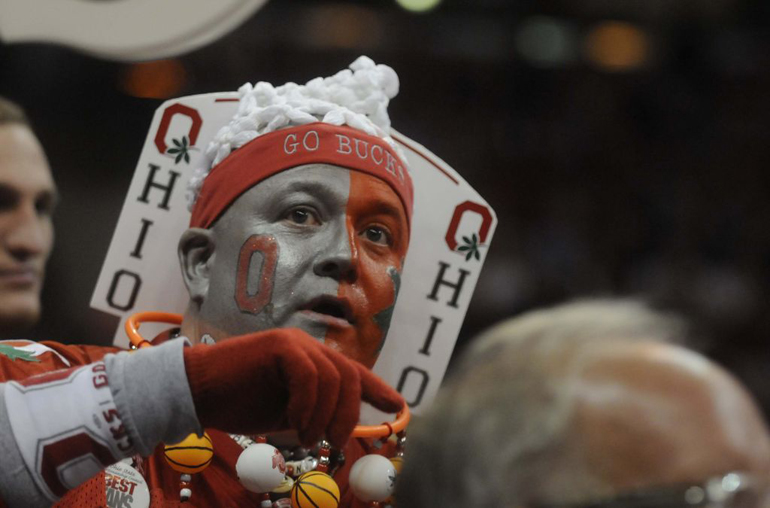 An Ohio State fan cheers during the second half. After leading by no more than five points in the first nine minutes, the Buckeyes went on a 20-6 run over the next eight minutes. Alex Farris 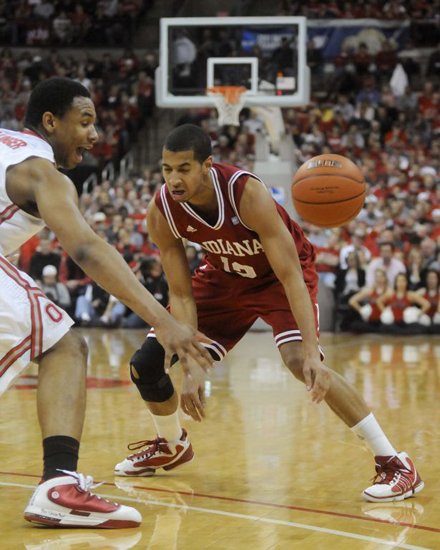 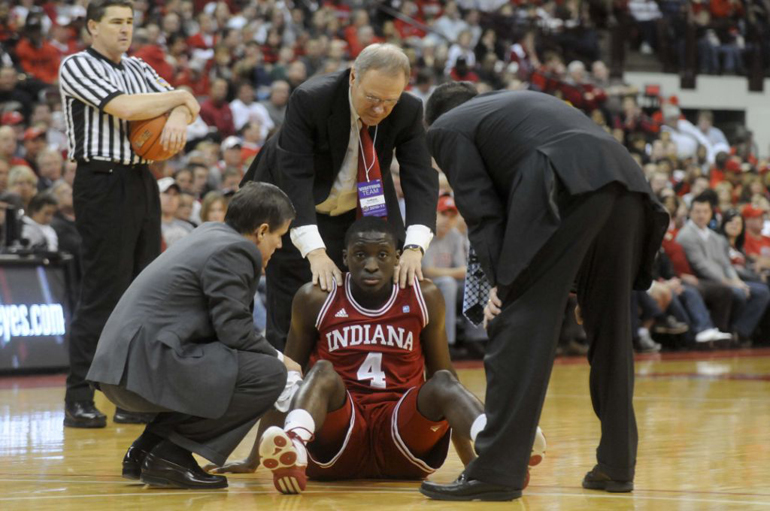 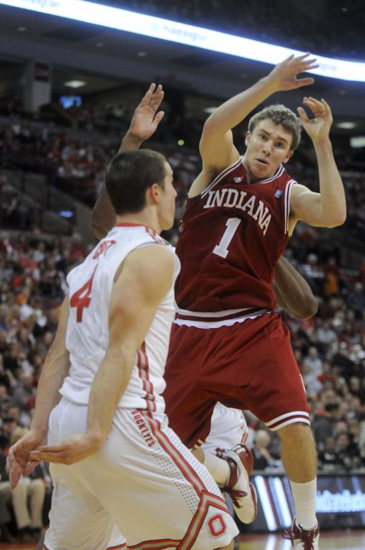 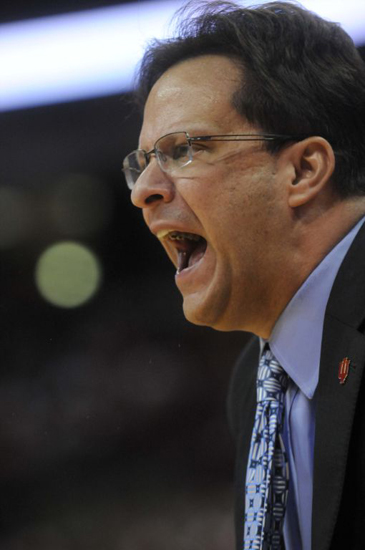 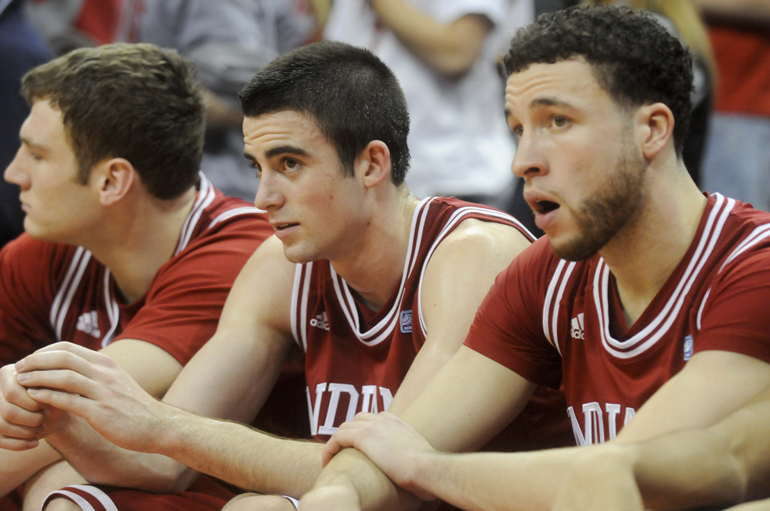 IU forward Will Sheehey and guard Jeremiah Rivers watch the end of IU's 82-61 loss to Ohio State on Feb. 27, 2011, at Value City Arena in Columbus, Ohio. With two games remaining in the season, IU is tied with the University of Iowa for last in the Big Ten Conference with a 3-13 conference record. Alex Farris