Hawks in the Hall

At my elementary school, we counted among our parents Tom Zupancic, then the strength and conditioning coach for the Indianapolis Colts. As such, while I was on the football team (in only the strictest sense of the word "on," as I hardly figured into the offensive line), we got to play on the RCA Dome turf before a Colts game. I don't remember much of it, but I remember how cool it felt.


I saw much the same thing yesterday. St. Charles elementary school in Bloomington has counted among its parents IU men's basketball coach Tom Crean, and in 2008 the school (mascot: the Hawks) started the Hawks in the Hall tournament held in Assembly Hall. So, while IU was playing at Ohio State University on Sunday, a few elementary school teams from around Central Indiana took over the arena, including my old school (they're the guys in green). It was a welcome return for me, as I'd last been on the floor as an IDS photographer during what is looking to be their last bad season for a long time. ...I graduated a year too early.

Tomorrow is Abraham Lincoln's birthday. It's also my dad's birthday, so I'll be posting photos of the real reason I was in Bloomington this weekend: a return to the Lilly Library. 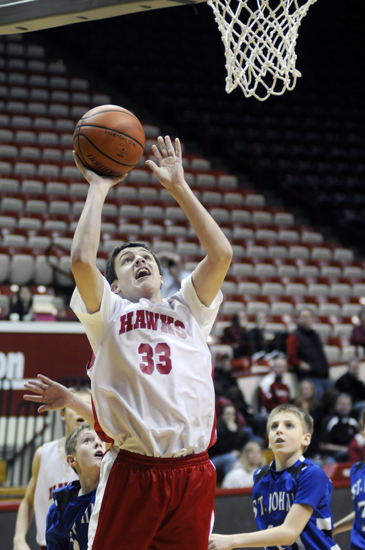 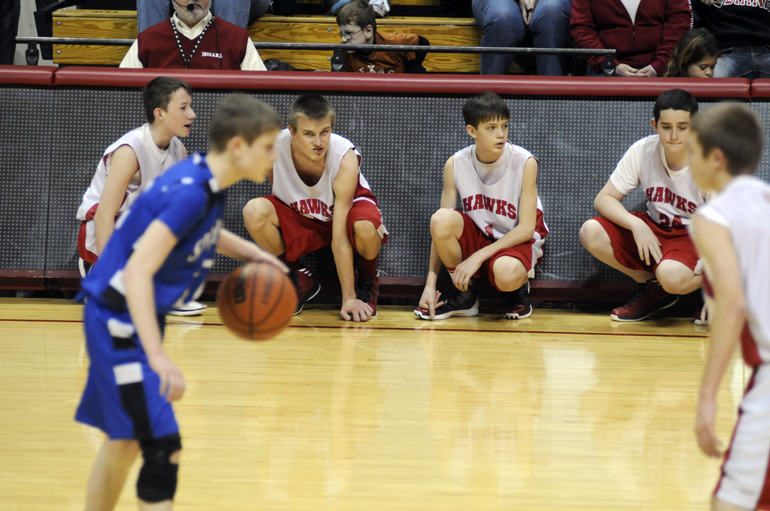 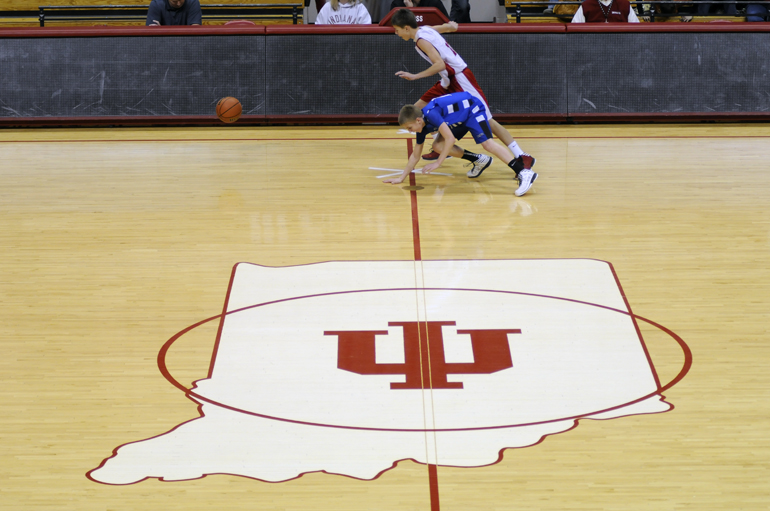 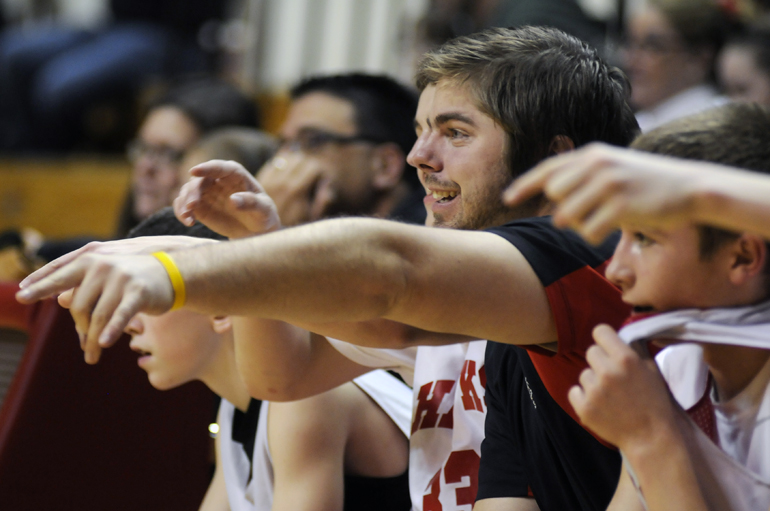 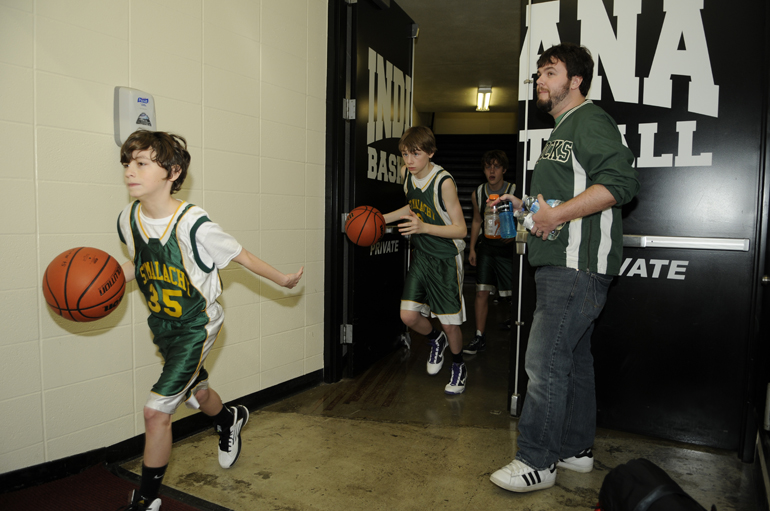 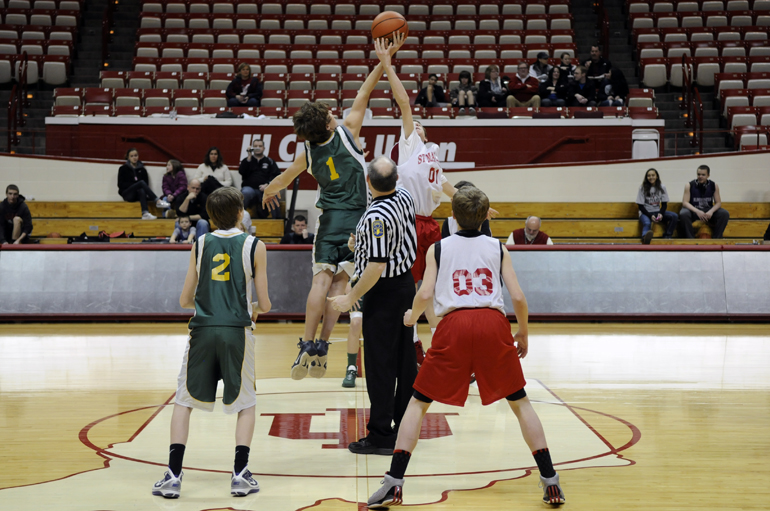 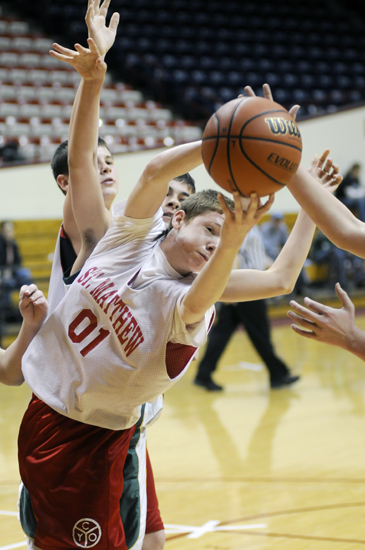 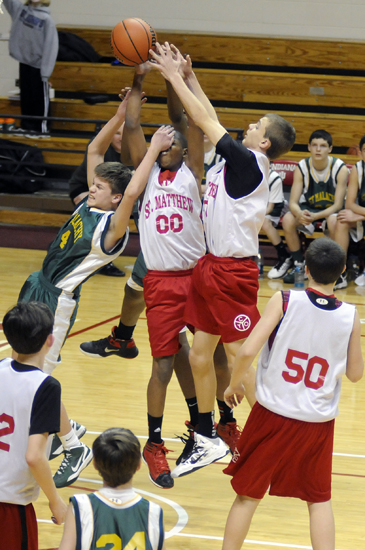