Before going to a friend's place to celebrate the birth of our nation (not The Birth of a Nation, because that's nothing to celebrate), I stopped by the Monroe County Fairgrounds. Amvets Post 2000 was host to a Fourth of July event, complete with live music, fireworks and the parents of Lauren Spierer. I didn't stay long enough for the fireworks; instead, my main focus was taking photos of Charlene and Robert, who were handing out fliers with their daughter's information to people entering the fairgrounds. In the meantime, I snapped some shots of Larry Morley and Friends and stayed for the 21-gun salute.

An updated Lauren Spierer post is far past due. That will come soon, hopefully within the week. 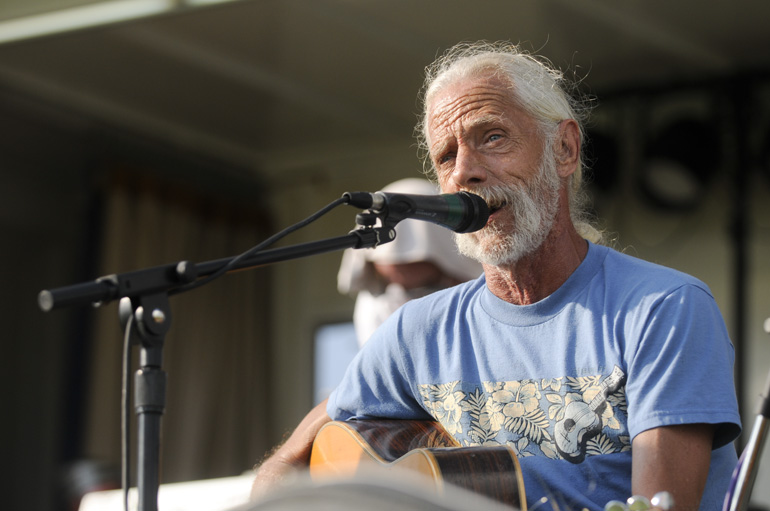 Larry Morley of Larry Morley and Friends sings a Marshall Tucker song during Fourth of July festivities at the Monroe County Fairgrounds. Amvets Post 2000 organized the event, which included free music and fireworks.

IDS reporter CJ Lotz and I, as well as freelancer Peter Stevenson, went on the first public search for Lauren Spierer on June 5. There, at the front door of Smallwood Plaza, we met her parents, Robert and Charlene, who had flown from New York to Indianapolis over the weekend. The parents, about 15 volunteers, and we members of the media (including a Fox 59 cameraman) drove to Hoosier National Forest to search. 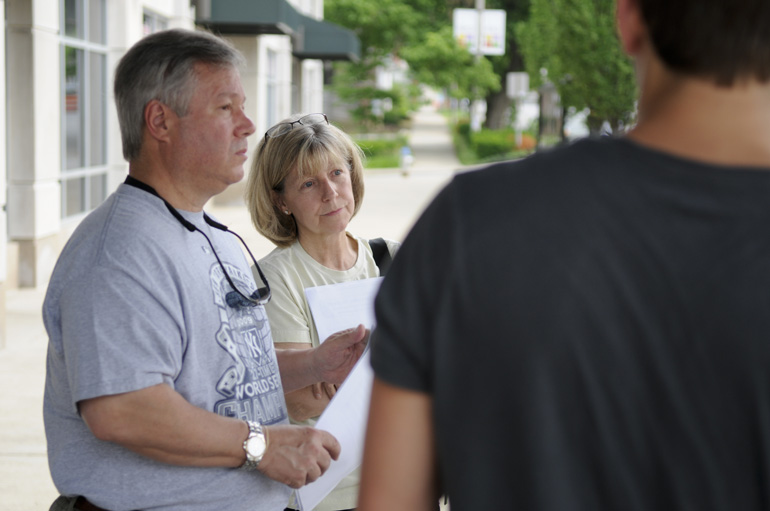 Robert and Charlene Spierer listen as a public search is organized for their daughter Lauren Spierer. Lauren was reportedly last seen at 4:30 a.m. the morning of June 3 walking south from 11th Street and College Avenue in Bloomington.